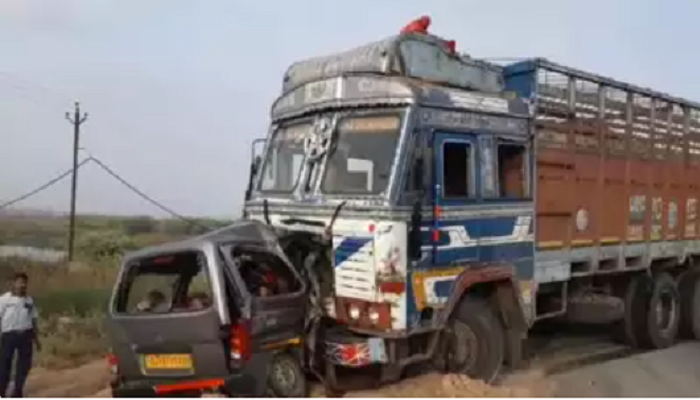 Ten members of a family were killed in a head-on collision between a car and a truck in the western Indian state of Gujarat on Wednesday, police said.

The accident occurred on the Tarapur-Vataman highway in the state's Anand district, some 100km from Gujarat's capital Gandhinagar.

"The family was travelling in their car from Surat to Bhavnagar when it hit the truck coming from the opposite direction at a high speed on the highway near Tarapur of Anand district," a police official told the local media.

Passersby informed the police, who rushed to the spot and rushed the victims to a nearby hospital. All the victims, including two children, were declared dead on arrival by doctors at the hospital.

Indian Prime Minister Narendra Modi has expressed grief over the road accident and announced a compensation of Rs 2 lakh each for the immediate family members of all the deceased.

"Saddened by the loss of lives due to a road accident in Anand district in Gujarat. Condolences to those who lost their near and dear ones," the Prime Minister's Office tweeted.

"A probe has been ordered into the accident, and efforts are on to nab the driver of the truck who sped away," the police official said.

Road accidents are very common in India, with one taking place every four minutes. These accidents are often blamed on poor roads, rash driving and scant regard for traffic laws.

Indian government's implementation of stricter traffic laws in recent years have failed to rein in accidents, which claimed over 100,000 lives every year.