Wrongdoers will be brought to justice: Quader 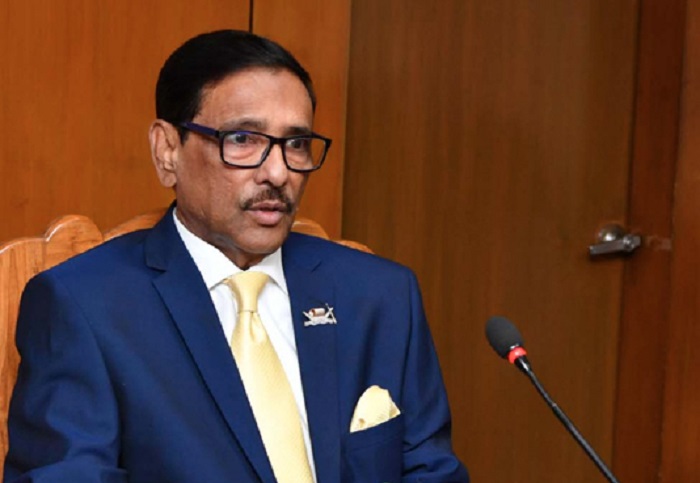 Road Transport and Bridges Minister Obaidul Quader warned that the wrongdoers would be brought to justice in the interest of good governance.

“Even the government is not giving relief to its own party men involved in corruption and wrongdoings. The Sheikh Hasina government does not patronise any corruption,” he told a press conference at his official residence here.

Quader, also the Awami League general secretary, reiterated that the government’s stance against corruption and irregularities is very harsh and clear.

“Does BNP have the capacity to raise a movement?” he questioned and said the people no longer respond to the BNP’s movement.

Responding to a comment of Mirza Fakhrul, Quader said the absolute victory of the Awami League in the recent elections proved that the country’s people are with the development and achievement of the government.

He said the next general election will be held in time and then it will be proved whether the people of this country are with the Sheikh Hasina government or not.

He said several journalists, including Shamsur Rahman, Manik Saha and Humayun Kabir Balu were brutally killed and many others were tortured during the BNP’s regime.

“Did the BNP brutally kill and torture these journalists to hide their corruption?” he questioned.

Quader said the Awami League always stands by the people during any disaster, while Prime Minister Sheikh Hasina is taking the country forward with the support of the country’s people.

Bangladesh’s economy is now smooth, tackling the seatback of coronavirus pandemic, he said, adding even in the COVID-19 crisis, the per capita income of the country’s people has reached US$ 2,227.