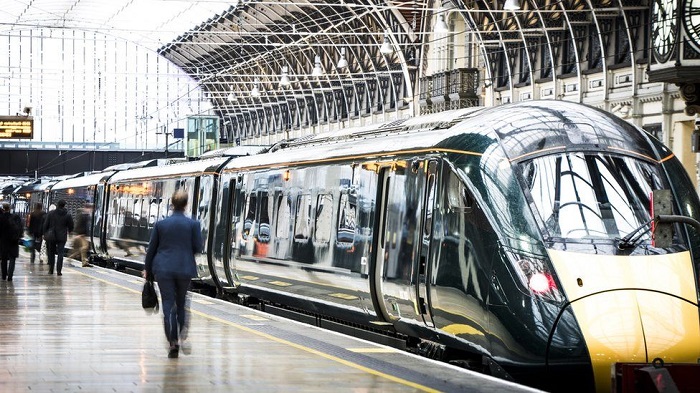 Services on two of the country's busiest railways are facing severe disruption after cracks were spotted on some high-speed trains.

Most Great Western Main Line trains to and from London Paddington have been cancelled, while London North Eastern Railways is asking passengers not to travel on the East Coast Main Line.

Hitachi apologised after the issue was found on some of its 800 series trains.

The railway minister warned disruption was likely for a "prolonged period".

Chris Heaton-Harris said the issue had been found on part of the chassis of some trains on Saturday morning following routine checks.

He said trains would be returned to service as "quickly as possible", but warned that Great Western Railway services in particular were likely to face continued disruption.

He said: "I share the frustration of passengers who are experiencing significant disruption, and would ask people whose journeys are affected to check before travelling."

The minister added he has asked the rail industry to conduct "a rapid and comprehensive review to resolve the issue".

Hitachi said some of its 800 series trains had been taken out of service as a "precautionary measure to allow for thorough investigations", adding it was working to resolve the issue as quickly and safely as possible.

"We would like to offer our sincerest apologies to passengers for the impact this may be causing for their travel plans."

TransPennine Express and Hull Trains have also been affected by the problem.

Hull Trains said its services would resume as normal following "thorough checks by Hitachi" on its fleet of Class 800 series trains.

But the operator added that it expected services to be "extremely busy" and could not guarantee that social distancing guidelines would be adhered to.

Passengers have been advised to check train operators' websites before travelling.

At the scene
Neil may be late for his job interview, students Savannah and Angela are struggling to return to Exeter to resume their university studies, while another man is set to miss his vaccine appointment as a result of the disruption to services.

Some passengers arrived unaware that anything had gone wrong while others had allowed plenty of extra time in a bid to still make their journey by rail.

Staff in green blazers and high visibility jackets almost outnumber those trying to travel. They are handing out water and offering guidance to those whose plans have gone up in smoke.

It's hard to know whether the low passenger numbers are down to the restrictions on indoor gatherings - or potential passengers heeding warnings to stay away.

All high-speed Great Western Railway services between London, Bristol, Cardiff and Penzance have been cancelled and customers are advised not to attempt to travel today.

It has warned the problem could affect services on Sunday too.

The company said cracks were detected on "more than one" Hitachi 800 train, so all 93 in its fleet are being inspected as a "precaution".

A spokesman added that the issue is affecting long-distance journeys between cities, which are being refunded, but that suburban and rural GWR services are still running as normal.