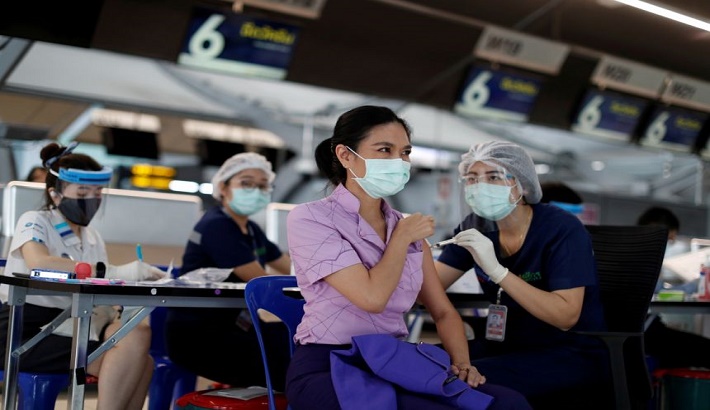 Thailand on Monday (May 3) reported a new daily record of 31 coronavirus deaths, the health ministry said, as the South-east Asian country grapples with a third wave of infections.

After managing to largely control the virus for around a year through shutdowns and strict border controls, Thailand has faced a spike in cases since early April that is proving harder to control and putting pressure on parts of the medical system.

The ministry reported 2,041 new Covid-19 cases, taking the country's total number to 71,025 since the pandemic began last year. The total number of fatalities now stands at 276, The Straits Times reported.

The new outbreak, which includes the highly transmissible B117 variant first detected in Britain, has accounted for more than half of total cases and deaths since the start of the pandemic.

Thailand aims to have 70 per cent of the population vaccinated against Covid-19 by the end of the year, though the rollout of vaccines has been slower compared with some neighbouring countries.

Registration for vaccinating the general public began on Saturday, with about 16 million people aged over 60 or those with pre-existing medical conditions getting priority.