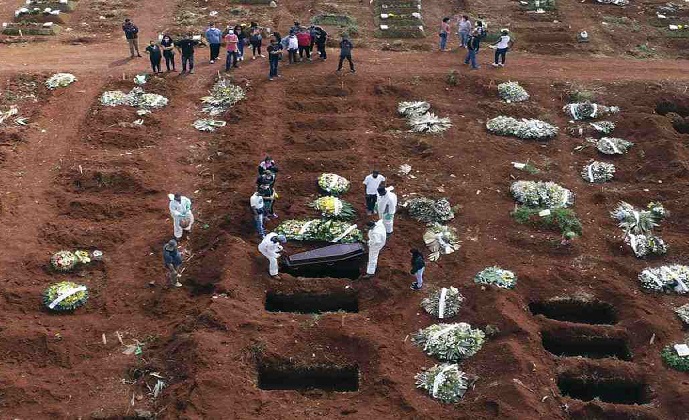 Covid-19 variants seem to be spreading around the world like wildfire, even with mass inoculations underway. The overall number of coronavirus cases has now topped the grim milestone of 142 million, according to Johns Hopkins University.

The total case count and fatalities stand at 142,642,783 and 3,041,541, respectively, as of Wednesday morning, as per the university data. The US, India and Brazil are the worst-affected countries in terms of confirmed cases, followed by France, Russia and the UK.

The US has registered 31,792,013 cases as of Wednesday morning, while the death toll from the virus has now climbed to 568,460, according to Johns Hopkins statistics.

Neighbouring India, which has been logging more than two lakh new cases daily for the past several days, on Tuesday recorded a whopping 15,321,089 cases and 180,530 fatalities in 24 hours, the country's government said.