Australia in 'no hurry' to open borders to visitors 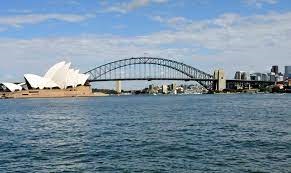 Australia is in "no hurry" to open its international borders and risk the success that the country has had with the coronavirus pandemic, Prime Minister Scott Morrison said Sunday.

As one of the countries to have performed better in the pandemic, with fewer than 30,000 reported cases and 910 deaths, according to Johns Hopkins University, Australia's borders are still closed.

"Australia is in no hurry to open those borders, I assure you," Morrison said at a televised briefing, according to Reuters.

"I will not be putting at risk the way we are living in this country which is so different to the rest of the world today."

Travel to Australia during Covid-19: What you need to know before you go

However, there is hope that visitors may be allowed to trickle in by the end of 2021. On Friday, Morrison suggested that the priority would be to allow vaccinated Australians to fly in and out of the country.

But he said that even a partial border opening was still some time away, and would not be considered until the vulnerable have been vaccinated. Easing the restrictions could see 1,000 cases a week, he added.


Australia's borders are closed, with citizens and returning permanent residents, their immediate family, and travelers with exemptions the only people permitted to enter the country.

From April 19, a full travel bubble with New Zealand will commence, with the whole country classed as a green zone. It is not indefinite, however -- regional outbreaks could see the bubble curtailed.