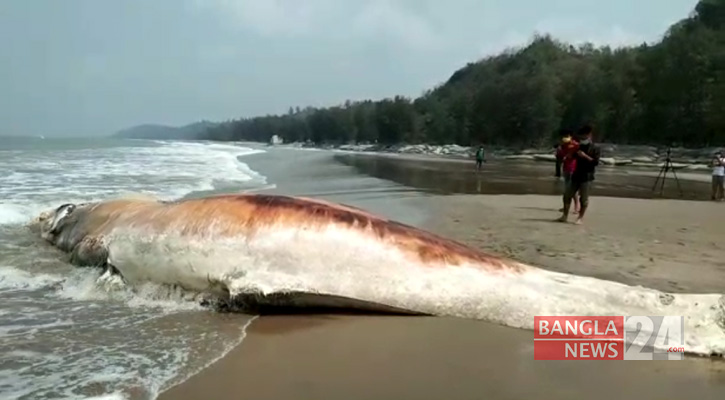 The carcass of a humpback whale washed ashore on the Himchhari beach adjacent to Cox’s Bazar-Teknaf marine drive on Saturday morning, a day after another whale corpse washed ashore at the area.

Commuters on Cox's Bazar-Teknaf Marine Drive road noticed the giant mammal, around 44 feet long and 14 feet wide, on the beach around 6:00am this morning.

Earlier on Friday, a whale carcass, around 30 feet long and assumed to have weighed five tonnes, washed ashore at Himchhari beach.

Confirming the news, SM Khalequzzaman, the Cox’s Bazar District Fisheries Officer, said that they suspect that the whale died a week ago but the reason behind its death can be known after a necropsy.

Samples from the carcass have been collected for tests, he said.