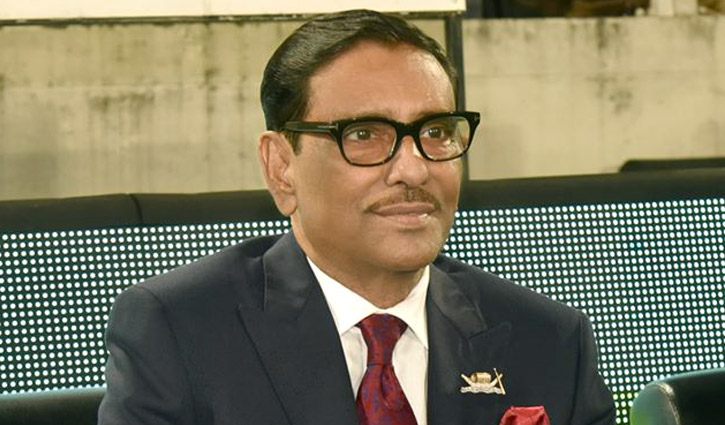 He said this after inaugurating the 50-kilometer extended road from Cox’s Bazar Link Road to Unchiprang under Teknaf upazila in Cox’s Bazar joining a function virtually from his official residence in Dhaka.

Quader said it is very essential to carry out the government efforts in a well-coordinated way and make the party’s unity stronger to face the two challenges.

He gave directives to the concerned officials to strictly enforce the restrictions against Covid-19 to contain the spread of the pandemic as the rate of infection and deaths is in the rising trend.

The AL general secretary also urged the party leaders and workers to remain united to help the government face the two challenges.

He said BNP is showing its irresponsibility by giving the liability of every matter to the government.

Quader said BNP has lost its ability to consider which matter is the liability of the government and which one is not.

He said it could happen in the coming days that BNP would be blaming the government for death in thunderbolt.

The minister said the government of Prime Minister Sheikh Hasina responses immediately in any public issues.

Awami League leaders and workers also extend cooperation to the people in any crisis and disaster, he said.

“What did BNP do for the welfare of the country and the people during the coronavirus pandemic? If we evaluate that, the BNP’s falsehood, evil-politics and irresponsibility towards people become clear,” he said.

Quader said as a responsible political party, BNP’s mentality of fleeing and showing reluctance in people’s welfare makes questionable the party’s commitment to the people.

The 50-kilometer extended road from Cox’s Bazar Link Road to Unchiprang under Teknaf upazila in Cox’s Bazar was built at a cost of Taka 305 crore.