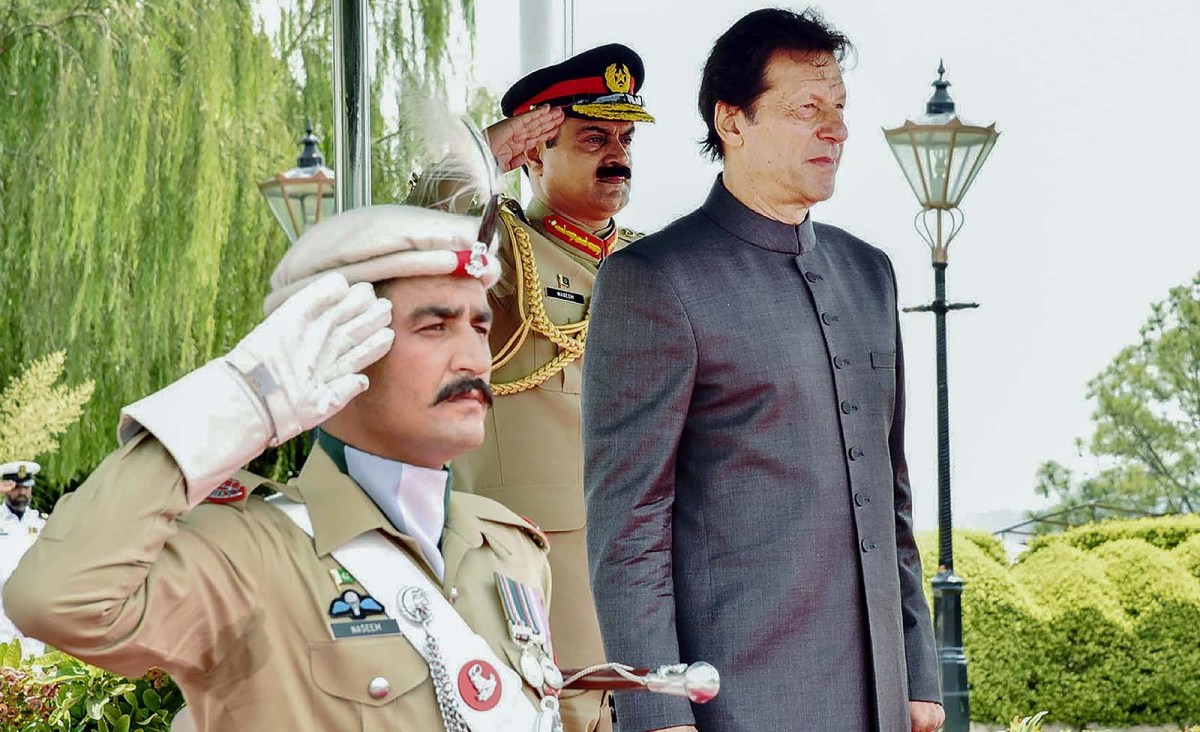 Pakistan’s powerful military establishment faces one of its biggest challenges ever in a battle with the Pakistan Muslim League-Nawaz (PML-N) party in the most populous and politically influential province of Punjab.

The locus of the national power struggle against the military establishment-led “hybrid-regime” of Imran Khan has effectively shifted to Punjab, the heart of the country’s military officer recruitment.

Pakistan has been under a hybrid martial law regime since elections in 2018, with Prime Minister Khan and his Pakistan Tehreek-e-Insaf party seen as junior partners to the generals.

Former prime minister Nawaz Sharif was ousted in 2017 and lives exile but in Punjab, the PML-N that bears his name has emerged as the leading face of anti-establishment politics, replacing the Pakistan People’s Party (PPP) and the Pakistan Democratic Movement (PDM).

An alliance between the PPP and the PDM fell apart after differences over resignations from the national and provincial assemblies and a subsequent Long March to Islamabad.

The PPP’s virtual exit from the multiparty alliance effectively means that Sind province is no longer committed to the politics of resistance that brought 11 political parties together to form the PDM.

This new development could have a lasting impact on Pakistan’s political landscape.

Many politically dissident movements have emerged in other provinces, but such movements were conspicuous by their absence in Punjab.

Collaboration between the Punjabi-dominated military establishment and Punjab-based political parties has always been at the heart of Pakistan’s ethnically exclusive and politically centralized system of power.

For instance, the notorious 1955 One Unit formula – which united all current four provinces of Pakistan into a single unit with Lahore as its capital – was a direct outcome of collaboration between Ayub Khan-led factions of the military establishment and leading Punjabi politicians led by Mumtaz Daultana.

The One Unit formula was established to bring [West] Pakistan’s economic resources under Punjab’s control.

It was followed by a legal regime that sought to suppress dissent in smaller provinces and protect a system that served, first and foremost, a particular province and federal institutions dominated by the same province.

A similar collaboration between the military establishment and Punjab-based political forces kept the 1973 constitution centralized throughout the 1980s and 1990s.

Again, direct collaboration between the military establishment and the Punjab-based Pakistan Muslim League-Q (PML-Q) sustained the military rule of Pervaiz Musharraf until 2008.

While there is no denying that Nawaz Sharif was once a close political ally of the Zia-ul-Haq-led military establishment in the 1980s and even in the 1990s, the 1999 coup against his elected government effectively pushed him into a realm of politics that left zero-to-minimal room for what PML-N leaders now call the “politics of compromise” with the establishment.

This is a key reason why the PML-N has refused to collaborate with pro-establishment forces such as the PML-Q to move a vote of no confidence against Usman Buzdar, Punjab’s Chief Minister from the ruling PTI.

Even though the PTI is a leading member of the current “hybrid-regime”, reports of tensions within the regime over the performance of Punjab’s Chief Minister have emerged, with the military establishment seeking to remove Buzdar through a vote of no confidence.

This is at the heart of the PML-N’s refusal to support an alliance between the PPP and the BAP in the Senate, and its refusal to become a party to the military establishment’s divisive politics aimed at dethroning the PTI government in Punjab.

The PML-N is unwilling to collaborate with the military establishment, unlike the 1990s when it did collaborate to dethrone elected governments and highjack elections. Not only that, but the party is actively pursuing an agenda that seeks to de-politicize the military and establish civil supremacy.

“The political battle being fought in Punjab is notjust about who rules Punjab”, one PML-N member told me a few months ago.

“The military establishment led ‘hybrid-regime’ continues to pursue a kind of political framework that aims to restrict the PML-N’s presence in Punjab and dent its popularity.”

This was said against the backdrop of the PTI government’s decision to dissolve Punjab’s local governments soon after coming to power in 2018.

The decision followed the emergence of the PML-N as the largest party in Punjab in 2015 local government elections.

With the PTI succeeding in 2018 to control its provincial government, the provincial and local tiers of governance in Punjab fell into the hands of opposing parties, making it politically expedient for the PTI government to dissolve local governments three years ahead of their expiry date.

It was thought to be a tactical move to push the PML-N out of power and help make the PTI omnipotent in Punjab.

The Punjab government had submitted to the court that the early dissolution was to ensure a level playing field for all candidates in upcoming elections “to eliminate political influence [of the PML-N] of any kind; there was no other way that political parity could be achieved in such context.”

While the submission leaves no doubt that the decision to dissolve was specifically targeted at the PML-N, the latter’s recent victories in some by-elections in Punjab have again shown that Nawaz Sharif remains the most popular leader and that the PML-N continues to attract Punjab’s anti-establishment vote.

The PML-N’s continuing popularity in Punjab, where the winning party often succeeds in establishing the central government as well, is a major political dilemma that the “hybrid-regime” is facing and has failed to resolve to secure its political future.

These are mainly about reversing the 18th amendment to Pakistan’s constitution. Such a reversal would make Islamabad more powerful vis-à-vis the provinces and bring maximum provincial resources under federal control.

It would also give military-dominated federal institutions more financial power to steer the country’s political economy in ways that serve the military-led forces.

However, with the PML-N largely leading an increasingly dissident Punjab, no constitutional amendment can be passed, hence the concerted push to eliminate the PML-N’s political base in Punjab, and the PML-N’s counter-politics targeting the military establishment’s direct and indirect political interventions.