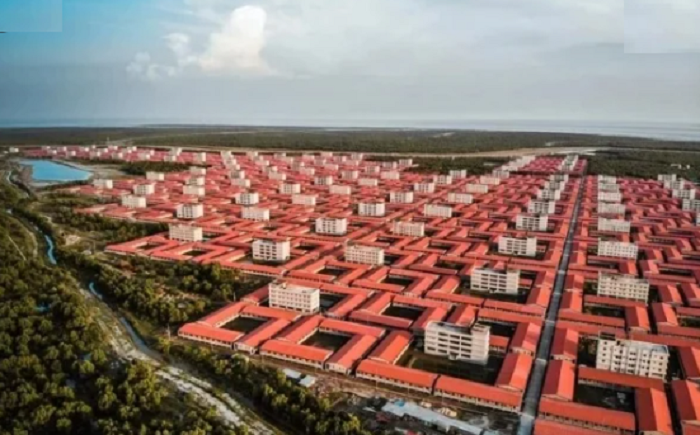 More Rohingyas are being relocated to the Bhasan Char island in the sixth phase.

On the second day of the sixth phase, more than 1,700 Rohingyas were taken to Chattogram from the camps in Cox’s Bazar on Wednesday.

Cox's Bazar Additional Refugee Relief and Repatriation Commissioner Shamsuddauja Nayan said that 1,716 Rohingya men, women and children left for Chittagong on 25 buses in the morning and at noon.

Rohingyas willing to go to Bhasan Char were brought to the temporary transit point at Ukhiya Degree College ground and given necessary items including food, water and medicine.

They would be taken to Noakhali’s Bhasan Char from Chattogram’s Patenga under the Navy’s management.

Earlier, on March 30, the first day of the sixth phase, 2,495 Rohingyas reached Chattogram for Bhasan Char.

In five previous phases, over 14,000 Rohingyas were shifted to Bhasan Char from the camps in Cox's Bazar.