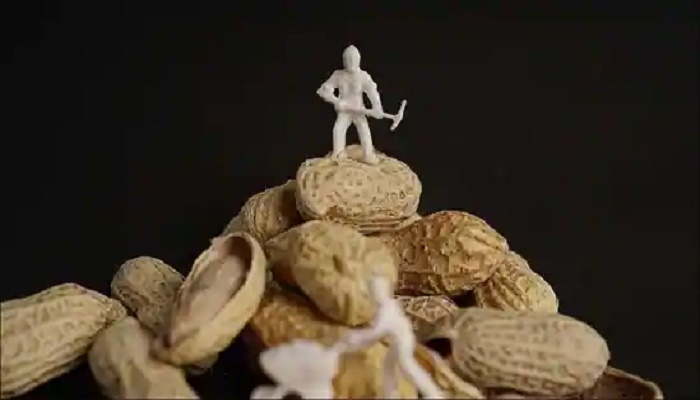 The findings of a recent study by a University of Cincinnati toxicologist suggests that finding an 'eliciting dose' may help those who suffer mild or moderate allergic reactions to peanut.

The findings were published in the scholarly journal Food and Chemical Toxicology.

An estimated 6 million Americans may suffer from peanut allergies. Tiny amounts of peanut protein can lead to hives, itching, tingling in the mouth, shortness of breath or nausea within minutes.

For individuals with severe peanut allergies, food-induced anaphylaxis can occur. It's a life-threatening emergency that requires treatment with an injection of epinephrine and a trip to the emergency room. Food labels offer warnings such as "may contain peanuts" or "was processed in a facility that may process nuts."

The warnings allow individuals with severe reactions to steer clear, but for consumers who may be able to tolerate a minimal amount of peanut protein without major incident the labels aren't very useful, says Lynne Haber, PhD, a University of Cincinnati College of Medicine senior toxicologist.

But a new study that Haber has led may help change that situation in the United States.

Using patient data from multiple locations, scientists used mathematical models to estimate an "eliciting dose" - or the amount of peanut protein that will cause or elicit an allergic reaction in a certain percentage of peanut-sensitive patients, explains Haber. The study reviewed the responses of 481 patients in double-blind placebo-controlled studies, who were exposed to increasing levels of peanut protein in a controlled clinical setting until the patient had an allergic reaction.

"Risk is based on a combination of how inherently hazardous something is, and how much of that substance someone is exposed to," says Haber, an adjunct associate professor of environmental and public health sciences in the UC College of Medicine. "Arsenic is more toxic than sodium chloride, also known as table salt, but if you're not exposed to any arsenic, it does not pose any risk."

"The amount of exposure is also important in determining risk," says Haber. "Water is healthy, but if you drink enough of it, it could kill you. There has been a move to shift to labelling that is based on a combination of the inherent hazard of a substance and how much of it is in a product. This is being done in Australia, New Zealand and Europe. The United States has been slower to do this."

Haber worked with patient data from Stanford Medicine and the Consortium for Food Allergy Research. The study was supported by The Institute for the Advancement of Food and Nutrition Sciences (IAFNS). This non-profit 501(c)(3) scientific research organisation pools funding from food industry collaborators and advances science through the in-kind and financial contributions from public and private sector participants.

"We were asked to do analysis using data from the U.S. population as there may be differences between the U.S. and other countries in terms of peanut consumption and exposure that affect the sensitivity to peanut," says Haber. "We have posted all the data and modelling code via the internet to ensure transparency. We have identified an exposure limit that is relevant to the U.S. population using a method and data that others can use for their own analysis."