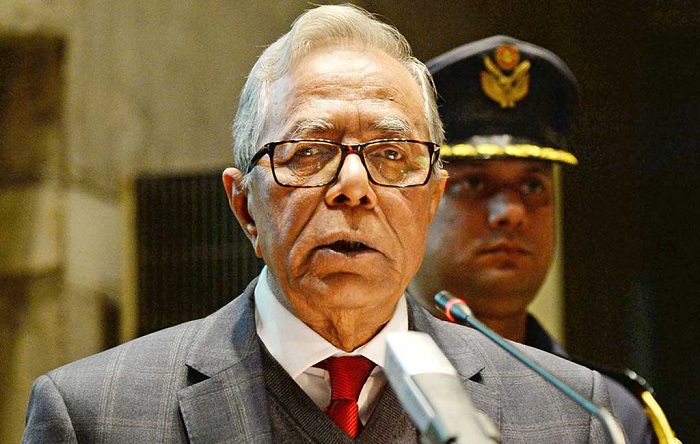 President M Abdul Hamid  emphasized on collective efforts to turn the country into ‘Sonar Bangla’ as dreamt by Bangabandhu as part of paying everlasting respect to the martyrs of the 1971 genocide.

“We can pay our eternal respect to every soul who gave his (or her) life in 1971 genocide, by turning the country into ‘Sonar Bangla’ as dreamt by Bangabandhu,” he said in a message on the eve of the ‘Genocide Day’.

The President also said, “Today is the dreadful 25th March, the Genocide Day. On this day in 1971, Pakistani invaders committed the most brutal killings in the history throughout the country including Dhaka”.

People from all walks of life, including students, teachers, intellectuals, members of different services especially from police and the then EPR, were killed in the massacre intended to stop the freedom movement once and for all, Hamid added.

The observance this day as the genocide day is a recognition of the great sacrifices made by three million Bangalees in the struggle for liberation of Bangladesh as well as a symbol of extreme protest against the brutal genocide of the then Pakistani aggressors, he said.

On this day, the head of the state said, “I recall with profound respect the architect of our independence, Father of the Nation Bangabandhu Sheikh Mujibur Rahman under whose leadership and direction we achieved our independence through a nine-month long armed struggle”.

He also remembered with deep reverence all the martyrs who were killed in the fateful night of March 25.

“I also recall with deep respect our four national leaders, valiant freedom-fighters, organizers, supporters and people from all strata who made immense contributions and sacrifices to attain our independence,” the President said.

The then Pakistani aggressors, armed with sophisticated weapons, indiscriminately carried out genocide on the unarmed Bengalees on March 25, 1971 to silence the Bengali nation forever, Hamid said, adding that in the name of ‘Operation Searchlight’, they wanted to stop the resistance of the independence-seeking mass people.

Noting that the news of this genocide was extensively covered in world media, the head of the state said, Bangabandhu Sheikh Mujibur Rahman was arrested by the Pakistani army in the early hour of March 26.

Before that (arrest), Bangabandhu declared the country’s independence and the War of Liberation started following the declaration, he added.

Three million people were the victims of the brutal killings of Pakistani invaders and their local collaborators during the nine-month long War of Liberation, the President said, adding one crore Bangalees took shelter in neighboring India due to the horrors of murder and oppression.

Mentioning that the horrific genocide of 1971 is a black chapter not only in the history of Bangladesh but also of world humanity, Hamid said through the observance of the Genocide Day, public opinion will be formed worldwide so that such genocide never happens anywhere else.

The government headed by Prime Minister Sheikh Hasina started the trials of the crimes against humanity even though a long time has passed after independence, he said, adding, in the meantime, the verdicts of the trials of many war criminals have been announced and executed.

“I hope that these trials will be a unique example for the trial of crimes against humanity in the world,” the President said.

Overcoming all obstacles, inspired by the spirit of the War of Liberation, he said, Bangladesh is moving towards progress and prosperity.

Categorically he said, “The ‘Vision-2021’ adopted in the hope of turning the country into a middle-income digital Bangladesh is about to come to a successful end. Honorable Prime Minister Sheikh Hasina has announced ‘Vision-2041’ to turn Bangladesh into a developed and prosperous country in 2041”.

On the eve of the birth centenary of the Father of the Nation and the golden jubilee of the country’s independence, the head of the state said, “I call upon all, irrespective of party affiliation, to contribute from their respective positions in the implementation of these programs”.