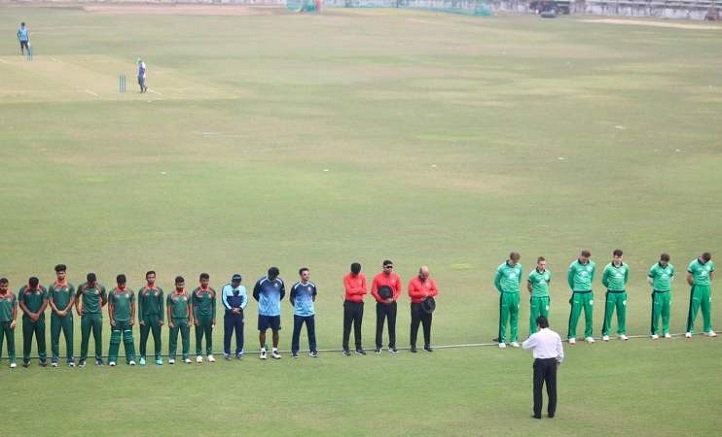 With the five-run victory, Bangladesh completed a clean sweep in their five-match one-day series against Ireland Wolves. The first match was called off in Chattogram.

In the last match, Ireland won the toss and sent Bangladesh to bat first. The hosts posted 260 for all wickets in 49.4 overs. Mahmudul Hasan Joy smashed 123 off 135 with nine fours and three sixes.

Bangladesh lost an early wicket when captain Saif Hassan fell for three. But in the second wicket stand, Anisul Islam and Mahmudul added 49 runs. Anisul got out scoring 41.

In reply, Ireland offered a strong fight as opener Stephen Doheny posted 81 off 99 balls with nine fours and one six despite losing his partner Jeremy Lawlor for a duck to pace-bowler Shafiqul Islam.

Mark Adair and wicketkeeper-batsman Neil Rock scored 45 and 35 respectively to guide their team to a good finish. They needed 11 runs in the last over bowled by Rejaur Rahman Raja, but they only managed five runs.

Mahmudul was the highest scorer of the event with 285 runs hitting a century and two fifties. The other four top scorers are – Towhid Hridoy (226), Saif Hassan (190), Ruhan Pretorius (142) and Shamim Hossain (130).

Now, both teams will face each other in a T20 match. They were supposed to play two T20s, but due to the travel complexity of the Ireland team, the other T20 was cut off.