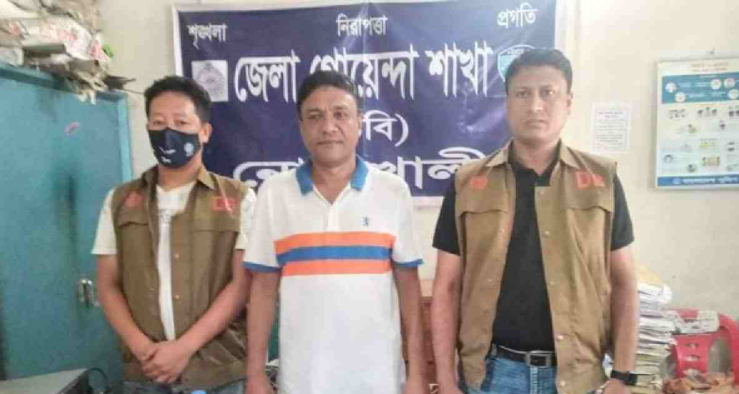 Awami League (AL) leader Mizanur Rahman Badal, the rival of Abdul Quader Mirza, has been sent to jail in a case over an attack on police on Tuesday during deadly infighting among the ruling party men in Noakhali's Companiganj.

Earlier, police produced him before the court following an interrogation in the local office of the Detective Branch of police.

Judge Shoaib Uddin Khan of the Cognizance Court No 1 of Chief Judicial Magistrate Court passed the order following a hearing in a case filed for attacking police and obstructing law enforcers from discharging their duties.

On Thursday afternoon, men in plainclothes picked up Badal, also the former chairman of Companiganj Upazila, from Noakhali Press Club.

Later in the evening, Noakhali Superintendent of Police M Alamgir Hossain confirmed that Badal was arrested.

The clash between supporters of Bashuerhat Municipality Mayor Quader Mirza, who is also the younger brother of AL General Secretary Obaidul Quader, and Companiganj upazila AL unit men left one person dead and more than 30 others injured – many with gunshot wounds.

The two AL groups have been engaged in conflicts over the last two months, which led to the deadly clash on Tuesday.