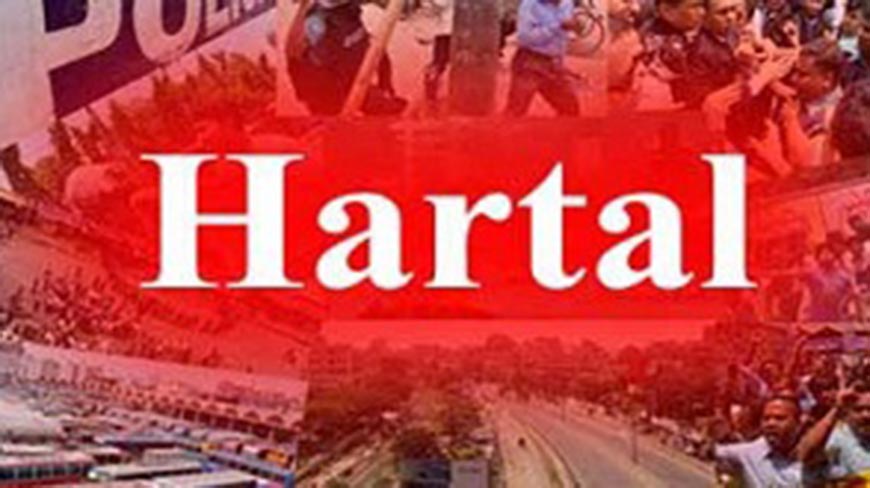 The shutdown started at 6:00am and continued till 2:00pm.

The demands include removal of deputy commissioner of the district, superintendent of police and officer-in-charge of the upazila police station, arrests of some local Awami League leaders, including Companiganj Upazila Parishad ex-chairman Mizanur Rahman Badal.

He also urged all to stop the ill-politics in the district.

Earlier, on January 23, a civil society platform titled ‘Nagorik Samaj’ also called an eight-hour (8:00am to 2:00pm) hartal in the upazila, protesting against ‘derogatory’ remarks on Obaidul Quader's family. Later the strike was called off.

Road Transport and Bridges Minister Obaidul Quader requested the leaders of the platform to cancel their programme, considering public sufferings.