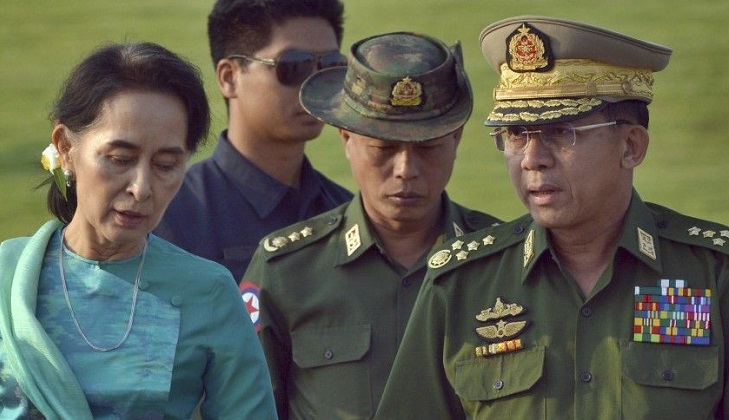 Official spokesperson of the External affairs Ministry of India, Anurag Srivastava, confirmed the development on Friday and said that They received a letter from the Junta Government of Myanmar.

India, however, is non-committal on the sanctions imposed by the US Governnment of Myanmar, he added.

Recently Myanmar army Government sent a letter through ambassador posted in Naypyidaw explaining the reason for overthrowing civilian government after the general elections of the country.  Army Government tried to raise the issue of 'election fraud' in Myanmar but India reiterated today that "the rule of law and the democratic process must be upheld" by rejecting the theory of 'fraud' in election.

The sopokesperson said, “India and the US have agreed to remain in contact and exchange assessments on the situation in Myanmar."

PM Modi stated India's position on the army take over and said that rule of law should be respected. At the same time he also termed Myanmar “as an immediate neighbour with close cultural and people to people ties.”

India is closely monitoring the developments in that country, Mr Srivastava added.