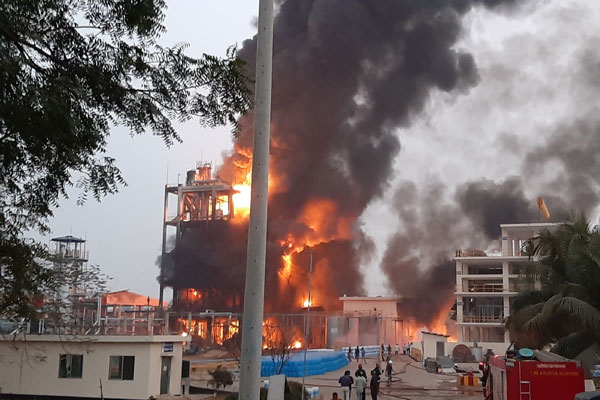 A worker was burnt to death and 21 others injured in a fire at a chemical factory in Sreepur upazila of Gazipuron Thursday afternoon.

The deceased was identified as Alamgir Hossain, 35.

Members of the fire service recovered the charred body of Alamgir at 11:00 pm in the area.

The fire broke out at the hydrogen peroxide plant of the factory at Tepirbari village in the upazila around 4:30 pm on Thursday.

On information, six fire-fighting units went to the spot and doused the fire after frantic efforts lasting four hours.

Gazipur Deputy Commissioner SM Tariqul Islam confirmed the news and said a five-member probe committee headed by an additional district magistrate has been formed to investigate the fire incident.

The committee has been asked to submit the probe report within seven working days, he said.