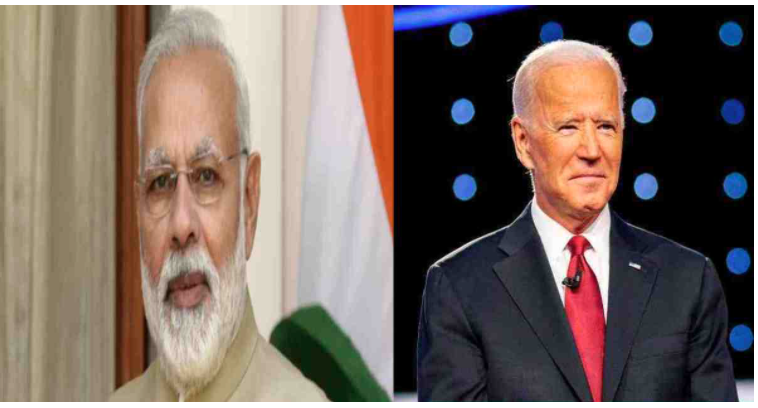 A week after the military coup in Myanmar, US President Joe Biden and Indian Prime Minister Narendra Modi have resolved to uphold the democratic process in that country. Both India and Bangladesh share borders with Myanmar.

In fact, Myanmar came up during a telephonic conversation between the two leaders on Monday night. While Modi tweeted about the phone call -- their first since Biden took office last month -- the White House issued a statement minutes later.

"The President (Biden) underscored his desire to defend democratic institutions and norms around the world and noted that a shared commitment to democratic values is the bedrock for the US-India relationship," the White House said in the statement.

"They (Biden and Modi) further resolved that the rule of law and the democratic process must be upheld in Burma (Myanmar)," the statement added.

Modi also tweeted about the phone call, but did not mention Myanmar in his tweets. "Spoke to @POTUS @JoeBiden and conveyed my best wishes for his success. We discussed regional issues and our shared priorities," he wrote.

"President @JoeBiden and I are committed to a rules-based international order. We look forward to consolidating our strategic partnership to further peace and security in the Indo-Pacific region and beyond," the Indian PM said in another tweet.

In a statement, the Indian Prime Minister's Office also said that the two leaders discussed regional developments and noted the India-US partnership is "firmly anchored in a shared commitment to democratic values and common strategic interests".

"They reiterated the importance of working with like-minded countries to ensure a rules-based international order and a free, open and inclusive Indo-Pacific region," the statement from PMO added.

Soon after the military coup in Myanmar, on February 1, President Biden condemned the overthrow of the democratically elected government in Myanmar and the detention of the country's elected leader and Nobel laureate Aung San Suu Kyi.

“The international community should come together in one voice to press the Burmese military to immediately relinquish the power they have seized, release the activists and officials they have detained,” Biden said in a statement.

Last week, India also expressed “deep concern” at the military coup. “India has always been steadfast in its support to the process of democratic transition in Myanmar. We believe that the rule of law and the democratic process must be upheld,” the Foreign Ministry said.