His arrest and formation of Mujibnagar Government 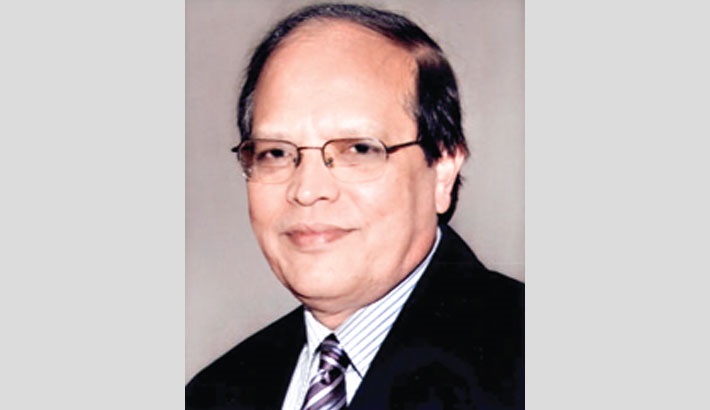 After the curfew was lifted on March 27, 1971, people started fleeing from Dhaka to the rural areas and many crossed the border to save their lives. The most vulnerable groups who were targeted by the Pakistani occupation army included religious minorities, liberal intellectuals who supported the cause of freedom, the leaders and supporters of Awami League and other progressive parties. The youths in general who were thought to be potential freedom fighters were, of course, in the first line of suspects. Millions took refuge in India following the gruesome genocide initiated on the night of 25th March. This continued for months as the occupation army spread out to all parts of the country. The local collaborators also paved the way for the Pakistani occupation army, who were not so familiar with the roads and communities in Bangladesh.

Those who took shelter in India, particularly the known faces, had to take on many aliases and disguises along their journey to cross the border braving unprecedented risks. A few of them could not deceive the eyes of the Pakistan army and got either arrested or killed. One such person is Kamal Hossain, who was arrested by the Army and flown to Pakistan to be imprisoned there (Interview of Amirul Islam, Mostofa, Golam (on behalf of Ministry of Information), ‘History of Bangladesh War of Independence Documents’, Vol-15, Hakkani Publishers, 2nd reprint, 2009, p.58). Kamal Hossain got caught up in the curfew and lost touch with his co-leaders including Tajuddin Ahmed and Amirul Islam, and finally was arrested on the first week of April (Kamal Hossain, Bangladesh: Quest for Freedom and Justice, UPL, 2019 fourth impression, pp.105-108).

Rehman Sobhan recalls that he had to dress like a non-Bengali butcher in khadi kurta, check lungi and Pathani chappals (Sobhan, Rehman, ‘Untranquil Recollections’, SAGE Publications, 2016, p.351). And even this was not risk-free as he had to be rescued by his students when the villagers misjudged him to be a friend of the Pakistani army. Finally, he could make his way to Agartala and then to Delhi. Similarly, Professor Nurul Islam, who used to advise Bangabandhu on six points and other economic issues, narrowly escaped in several instances from the Pakistani army. On one occasion, the army came to look for him on March 27, a day after he left his house in Dhaka, and on another, he and his companions narrowly avoided the army while crossing the border to India. (Islam, Nurul, An Odyssey: The Journey of My Life, Prothoma Prokashon, 2017, p.125).

On April 1, 1971, Tajuddin Ahmed and Amirul Islam were among the first Awami League leaders to reach Delhi. After their arrival they found that M.R. Siddiqi, Rehman Sobhan and Anisur Rahman were already in Delhi (Sobhan, Rehman, ‘Untranquil Recollections’, SAGE Publications, 2016, p.363). Professor Nurul Islam also arrived in Delhi around the same time. He stayed with Ashok Mitra, the Chief Economic Adviser to the Ministry of Finance of the Government of India. He was also welcomed by P.N. Dhar, his Harvard classmate, who was Secretary to the Indian Prime Minister. (Islam, Nurul, ibid, p.125-26). They were actively engaged with the Indian policymakers and their advisers in making the case for independence of Bangladesh.

Obviously, it took some time to explain to the officials at different levels of Indian Government the case for independent Bangladesh. Finally, Tajuddin Ahmed and his team met with Indira Gandhi on 3rd April. In that crucial meeting, Tajuddin Ahmed assured Mrs. Gandhi that they were following Bangabandhu’s instructions. He requested India’s assistance in training, arms and ammunition, and the inflow of Bengali refugees to India (Karim, S.A., ‘Sheikh Mujib: Triumph and Tragedy’, UPL, revised edition, 2009, p.207). Amirul Islam talked to Tajuddin Ahmed and they carried out discussions on the need for a provisional government to represent Bangladesh to India (Interview of Amirul Islam, Mostofa, Golam (on behalf of Ministry of Information), ‘History of Bangladesh War of Independence Documents’, Vol-15, Hakkani Publishers, 2nd reprint, 2009, p.71).

On their second meeting with Indira Gandhi, she told him about Mujib’s arrest. They proposed their idea of forming a provisional government and Indira Gandhi agreed to it (Karim, S.A., ‘Sheikh Mujib: Triumph and Tragedy’, UPL, revised edition, 2009, p.207). Tajuddin Ahmed recorded a speech in Delhi addressing Bengalis and the world as P.M. of Bangladesh (Interview of Amirul Islam, Mostofa, Golam (on behalf of Ministry of Information), ‘History of Bangladesh War of Independence Documents’, Vol-15, Hakkani Publishers, 2nd reprint, 2009, p.73).

When Tajuddin learned that many Awami League leaders had also crossed the borders, he set out to locate them to form the government. At their arrival in Kolkata, they met with Mansur Ali and Qamruzzaman. They had found out that many members of Awami League were against the formation of a provisional government and instead wanted to create a revolutionary council. They all attended a meeting and addressed the issues and by the end of the meeting, everyone agreed to the creation of a provisional government (Interview of Amirul Islam, Mostofa, Golam [on behalf of Ministry of Information], ‘History of Bangladesh War of Independence Documents’, Vol-15, Hakkani Publishers, 2nd reprint, 2009, p.73-75).

On their way towards Agartala they met Syed Nazrul Islam and Abdul Mannan and at Agartala they were reunited with Khondokar Mushtaque Ahmed and Colonel Osmani as well (Karim, S.A., ‘Sheikh Mujib: Triumph and Tragedy’, UPL, revised edition, 2009, p.208 and 209). On April 17, the Awami League leaders held the inauguration of the Government of People’s Republic of Bangladesh. The occasion took place in a mango-grove in a village called Baidyanathtala located in Meherpur, Kushtia. This place later came to be known as Mujibnagar and the provisional government was called Mujibnagar government. Sheikh Mujib was made the President, and Syed Nazrul (Vice-President) became the Acting President in his absence. Tajuddin Ahmed, Khondokar Mushtaque, Qamruzzaman and Mansur Ali took oath as Prime Minister, Foreign Minister, Home Minister and Finance Minister respectively. Colonel Osmani was made the Commander in Chief of the Mukti Bahini i.e., Bangladesh Army.

Sheikh Mujib was imprisoned in Lyallpur (Faisalabad) after his arrival in Pakistan. He was later taken to the Mianwali jail. The success of Sheikh Mujib’s arrest was radioed as: BIG BIRD IN THE CAGE to the Army headquarters (Karim, S.A., ‘Sheikh Mujib: Triumph and Tragedy’, UPL, revised edition, 2009, p.224). His jail life was, indeed, arduous. S.A. Karim wrote, “…From his tiny cell his only view of the world outside was through grated iron bars. The heat was oppressive. An electric fan had been provided but it only circulated the dry hot air. It was the worst imprisonment he had ever experienced. And it was not so much due to the physical discomfort of being cooped up in a bare cell in the summer months as because of his complete isolation from the rest of the world. No newspapers, books or radio were made available to him. Prison guards who brought him his meals were forbidden to converse with him. He had no news of his family and he was denied any visitors or right of correspondence. Most likely his worst torture was not knowing how the liberation struggle was progressing in his absence.” (ibid., p.224)

Mujib had expected the worst for himself and Yahya had been planning on executing him after a military tribunal. Charges of treason were brought against Sheikh Mujib and A.K. Brohi served as his defense attorney. There was international concern regarding Mujib’s trial and Yahya himself was mindful of America’s attitude towards these issues. The Americans thought that if Mujib was executed, it would be impossible to reach a settlement where Pakistan could remain united. They were assured by Yahya that Mujib would not be killed. On the other hand, they tried to negotiate with the pro-American part of the government-in-exile (Karim, S.A., ‘Sheikh Mujib: Triumph and Tragedy’, UPL, revised edition, 2009, p.225-226). Meanwhile, India increased their support for the cause of Bangladesh’s independence. Indira Gandhi had issued a statement calling Yahya for Sheikh Mujib’s release and reaching a political solution (Reza, Mohammad Salim, ‘Bangabandhur Ekattorer Dingulee’, Pranjol Prokashoni, First Edition, 2020, p.180).

Syed Nazrul Islam, the Acting President of Mujibnagar government had also issued four conditions for settlement on July 6, 1971. These conditions were:

3) recognition of sovereign Bangladesh and

4) compensation for the losses suffered by Bangladeshis during the war (Muhith, A.M.A., ‘Bangladesh: Emergence of a Nation’, UPL, Second revised edition, 1992, p.302).

Yahya had told the US that if India forced Pakistan to take military action, Mujib would be the first to die. Mujib was found guilty by the military court and sentenced to death when India and Pakistan started a full-scale war (Karim, S.A., ‘Sheikh Mujib: Triumph and Tragedy’, UPL, revised edition, 2009, p.230).

Rehman Sobhan quoted Sheikh Mujib from the evening of 25th March: “Yahya thinks he can crush the movement by killing me. But he is mistaken. An independent Bangladesh will be built on my grave.” (Sobhan, Rehman, ‘Untranquil Recollections’, SAGE Publications, 2016, p.342). Indeed, Pakistan had to yield to the international diplomatic pressure exerted by Bangladesh and India with regards to the safety of Bangabandhu. Finally, he had to be released to return to his independent homeland on January 10, 1972, on a plane of the British Prime Minister which took off from London and touched briefly in Delhi. To Bangabandhu, this was a ‘journey from captivity to freedom’.

The author is Bangabandhu Chair Professor at Dhaka University and former Governor of Bangladesh Bank. He can be reached at [email protected]