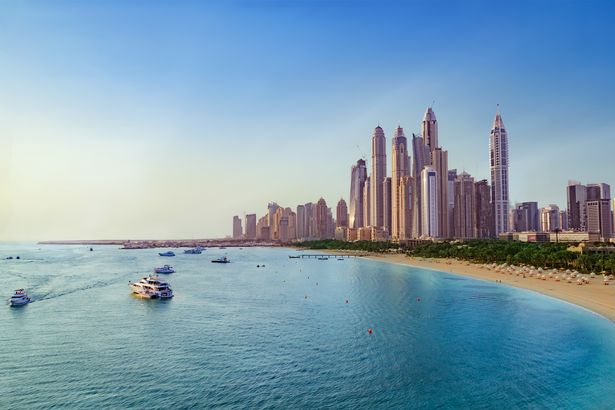 The UAE, Burundi and Rwanda have been added to the UK's travel ban, meaning that non-British nationals and residents will be denied entry to the UK if they've transited through these countries.

It also means that any Brits who are returning from these destinations will be required to quarantine at home for 10 days. The Department of Transport has said that these travellers will not be able to use the 'test and release' scheme to be freed of quarantine early.

The new rules will also include a flight ban on direct passenger flights from the United Arab Emirates - meaning that any Brits in Dubai will be affected.

It's also worth noting that although there are currently some legally permitted reasons to travel - usually business travel - they will not apply under this ban.

Grant Shapps, who made the announcement on Twitter, wrote: "From tomorrow (Friday 29 Jan at 1pm), we’re extending our travel ban with the United Arab Emirates, Burundi and Rwanda all added to the UK's red list.

"This means people who have been in or transited through these countries will be denied entry, except British, Irish and third country nationals with residence rights who must self-isolate for ten days at HOME.

"Passengers must still have proof of a negative test and completed Passenger Locator Form before arrival – or could otherwise face a £500 fine for each."

The decision comes after a new coronavirus variant was first identified in South Africa, which may have spread to other countries such as the United Arab Emirates, Burundi and Rwanda.
Just to make things even more confusing, this falls under the travel ban of 'red list' destinations - but not the list of destinations which will require 'quarantine hotel' stays in the UK.

It's also worth noting that there are other rules in place for UK arrivals, which include a requirement to provide proof of a negative Covid-19 result 72 hours before departure, and a requirement to quarantine in the UK as travel corridors have been suspended.

Priti Patel announced that the government would be imposing mandatory quarantine hotels for travellers arriving in the UK from 30 countries. However, there's yet to be confirmation as to the date when this policy will launch.

Meanwhile, the government has said that the 30 countries are under review - but again, there's no confirmation as to when any changes could be announced.

Currently England, Scotland and Wales are under national lockdowns which include a ban on international travel.

Boris Johnson told the Commons on Wednesday: “I want to make clear that under the stay at home regulations, it is illegal to leave home to travel abroad for leisure purposes and we will enforce this at ports and airports by asking people why they are leaving and instructing them to return home if they do not have a valid reason to travel."

There are a limited number of exemptions - such as travelling for work - but holidays don't fall under these, and the government recently announced it would be cracking down on the rules.

A number of influencers and celebrities have recently come under fire for jet-setting off to Dubai, claiming that they are travelling for work purposes.

This includes a new requirement for anyone leaving the UK will need to declare a ‘valid reason’ for travelling. Otherwise, they could face a fine or risk being turned away at the airport and sent home.

There's no confirmed launch date for the new policy - and it still isn’t clear how the government would stop influencers from claiming they are travelling abroad for work purposes.

There's been growing outrage at home over celebs flaunting their luxury holidays after England was plunged into a third lockdown at the start of January.

One influencer tried to defend her decision on This Morning, but viewers were infuriated after she insisted the trip was essential for her mental health and to provide content to her followers.

Other celebrities such as Love Island's Molly Mae Hague and Tommy Fury have also previously headed off to sunnier climates, sharing photos as they posed on Dubai's beaches.

Meanwhile, one influencer travel company recently warned stars not to post 'insensitive' content when they were on trips in Dubai.

The new flight ban comes into force from Friday 29 January, meaning that any Brits who are currently out in Dubai and want to get home will need to either find one of the last direct flights back, or find indirect routes for getting home, before quarantining at home for 10 days.