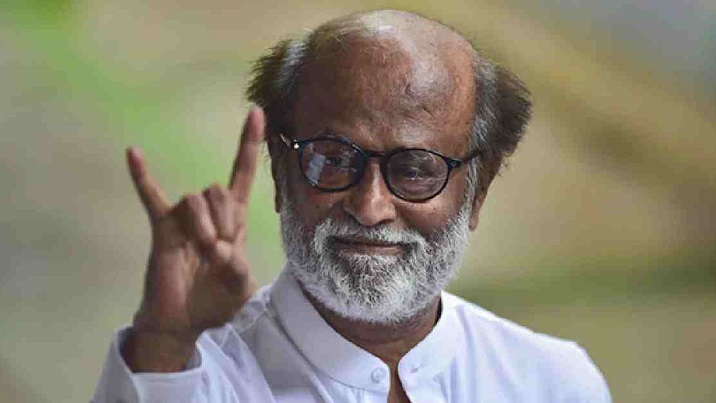 South Indian superstar Rajinikanth on Saturday celebrated his 70th birthday in style in the city of Chennai, barely three weeks ahead of the mega launch of his political party to contest in the upcoming elections in his home state of Tamil Nadu.

Indian Prime Minister Narendra Modi was among the first to wish him. "Dear @rajinikanth Ji, wishing you a Happy Birthday! May you lead a long and healthy life," Modi tweeted.

Local TV channels beamed footage of hundreds of fans thronging Rajinikanth's residence in the morning to wish the superstar success in his future endeavours. The actor kick-started the celebrations by cutting his birthday cake in the presence of his family members.

Born Shivaji Rao Gaekwad, Rajinikanth made his debut in 1975 Tamil drama Apoorva Raagangal. He is widely regarded as one of the greatest actors in the history of Indian cinema, whose popularity has been attributed to his uniquely styled dialogues in films.

He has won many awards, including four Tamil Nadu State Film Best Actor Awards and a Filmfare Best Tamil Actor Award. The Indian government honored the philanthropist with two civilian awards -- the Padma Bhushan in 2000 and the Padma Vibhushan in 2016.

Earlier this month, Rajinikanth had announced that he would launch a political party in January next year, nearly three years after he had first indicated his intentions to join politics.

“In the upcoming elections, we will achieve a big victory with the support of the people. Spiritual politics will emerge in Tamil Nadu that will bring transparency, honesty... a politics with no corruption and one that is free of caste and religious bias," he had tweeted.

"A wonder and miracle will definitely happen," he wrote with hashtags "It's now or never" and "We will change, we will change everything".

This would be the first election in Tamil Nadu since the death of the two most powerful politicians, J Jayalalithaa of the ruling AIADMK and opposition DMK's MK Karunanidhi, created a political vacuum in the politically important state.