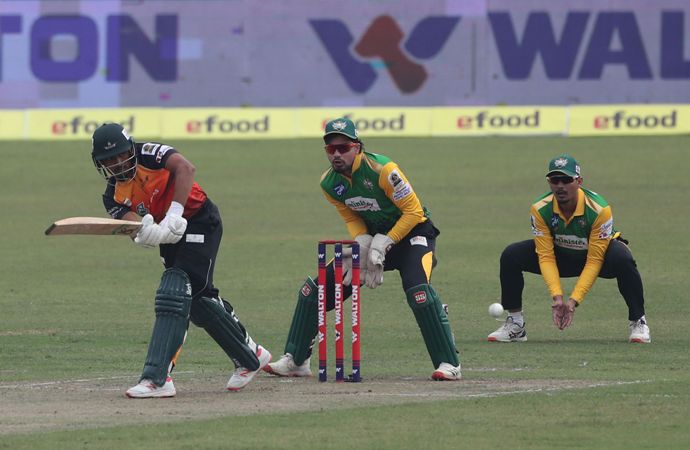 Gemcon Khulna captain Mahmudullah Riyad won the toss and elected to bat first against Minister Group Rajshahi in their second game of the Bangabandhu T20 Cup at Sher-e-Bangla National Cricket Stadium in the capital on Thursday.

Khulna who achieved a hard-fought four-wicket victory in the first game against Fortune Barishal thanks to Ariful Haque’s late charge, brought up one change to the side with leg-spinner Rishad Hossain replacing pace bowler Hasan Mahmud.

Minister Group Rajshahi also won their first game against Beximco Dhaka by two runs after their off-spinner Mahedi Hasan defended nine runs in the last over.

Rajshahi, however, fielded an unchanged side in a bid to keep their winning spree.