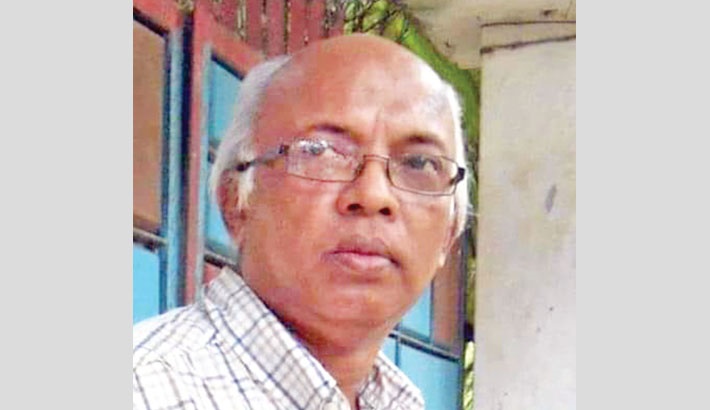 Fifty years ago, in 1970, a general election took place in Pakistan. It was the country’s very first election in its twenty three-year history. It would have ramifications that are today part of the political narrative in our part of the world. It is important that, half a century on, we travel back to that year, the better to remember all that happened in the twelve months of an exciting period in our times, the better to acquaint the generations that came to life following that election and following the emergence of Bangladesh with the story of a defining phase in the evolution of our national history.

The year commenced through Pakistan’s political parties getting down to the business of electoral campaigning in both East and West Pakistan. In the East, the Awami League under the leadership of Bangabandhu Sheikh Mujibur Rahman publicly made it known that the election would be fought on the basis of the party’s Six-Point Plan for regional autonomy. Indeed, the election would be a referendum on the Six Points. In the West, the picture appeared to be somewhat muddled, with the various factions of the Muslim League, the Jamaat-e-Islami, the Pakistan People’s Party, the National Awami Party and other parties turning the field into a crowded affair.

Zulfikar Ali Bhutto, having formed the PPP in November 1967 more than a year after leaving the government of President Ayub Khan, campaigned on the slogan of Islam, Democracy and Socialism, though not much of an academic explanation of the theme was to come forth from him. The Jamaat insisted on the structure of the state being Islam, a point hardly any other party in West Pakistan took issue with. The NAP, led by Khan Abdul Wali Khan, remained focused on Baluchistan and the North-West Frontier Province (Khyber-Pakhtunkhwa today). The Convention Muslim League, weakened following the departure of Ayub Khan from power in March 1969, was led by the Bengali politician Fazlul Quader Chowdhury. The Council Muslim was the fiefdom of Mian Mumtaz Daultana, while Khan Abdul Qayyum Khan had his own version of the party, known as the Muslim League (Qayyum).

The martial law regime of President Agha Mohammad Yahya Khan decreed, in 1970, that the election would be based on the Legal Framework Order. A specific provision of the LFO was that following the vote, the elected representatives of the people would have 120 days to frame a constitution for the country. Once that was done, the constitution would go to the President, who would have the authority to accept or reject it. In that year, the regime took the rather remarkable step, in the face of demands by the political parties, of doing away with the One Unit system in West Pakistan (which had been imposed in the mid-1950s) and restoring the old provinces of the Punjab, Sindh, NWFP and Baluchistan. The abolition of One Unit meant that seats in the national and provincial assemblies would be allocated on the basis of one-man one-vote in the five provinces, which was a boon for East Pakistan since being home to the majority of Pakistan’s population it had 169 seats in a 313-seat national assembly.

During the election campaign, Bangabandhu Sheikh Mujibur Rahman made a whirlwind tour of the West Pakistani cities of Karachi, Lahore, Quetta and Peshawar between the end of June and early July. Overall, though, the Awami League concentrated on East Pakistan and did not seem particularly preoccupied about its prospects in the West. Bhutto and his colleagues in the People’s Party did not engage in any campaigning in East Pakistan. Moulana Abul A’ala Moududi, chief of the Jamaat-e-Islami, was unable to address a public rally in Dhaka owing to public resistance. At one point of the campaign, the Convention Muslim League’s Khan Abdus Sabur, who had served as central communications minister in the Ayub dispensation, revealed in public that he had warned the former President of the dangers of instituting the Agartala Conspiracy Case but had been overruled. The faction of the NAP led by Moulana Abdul Hamid Khan Bhashani was considered a significant challenge to the Awami League in East Pakistan, but when the Moulana decided that his party would boycott the election, it became pretty obvious that the Awami League would have a smooth sailing. However, during the entirety of the election campaign, the hope in West Pakistan was that even if the Awami League garnered the largest number of seats, all the other parties would in coalition have enough seats to prevent Bangabandhu from forming the government at the centre.

Qayyum Khan visited East Pakistan and on his return to West Pakistan, he informed the crowds at his rallies that there was absolutely no support for the Awami League among Bengalis. The Pakistan Democratic Party, led by former Chief Minister Nurul Amin, waged a brave battle in the East. Much a similar struggle was put up by Tridiv Roy, the Chakma Raja. In the midst of the campaign, Z.A. Bhutto’s motorcade came under attack in the Sindh town of Sanghar. Leaping down from his vehicle, he dramatically bared his chest before his invisible assailants, daring them to shoot him. A.R.S. Doha, the lone Bengali candidate from the Awami League in West Pakistan, was placed under arrest by the regime on charges of making inflammatory speeches in public.

The election, scheduled for October, was deferred by the regime owing to the devastating floods sweeping East Pakistan and rescheduled for early December. On 12 November, a severe cyclonic storm battered the coastal areas of East Pakistan, leaving a trail of destruction that included a million Bengalis dead. The failure of the central government to take immediate relief measures --- and this at a time when foreign aid agencies and the Awami League engaged themselves in providing succour to the survivors --- earned it a natural degree of opprobrium from all quarters. President Yahya Khan, on a visit to China at the time, felt little need to cut his trip short and return to the country. He did come to East Pakistan, though, at the end of the China visit and went on a tour of the cyclone-battered region. It was too late too little.

A few days before the country went to the polls, Moulana Bhashani, on a whim, declared the ‘independence’ of East Pakistan on 4 December. The statement made little impression on the public mind.

On 7 December, the results of the vote left people in both wings of Pakistan stunned beyond measure. The Awami League, on the day and over the following days, ended up winning altogether 167 of the 169 seats earmarked for East Pakistan. Bhutto’s People’s Party romped home in West Pakistan with 88 seats. Among the other parties, the Qayyum Muslim League won 9 seats, the Council Muslim League obtained 7 seats, the Jamiat-e-Ulema-i-Islam (Hazarvi Group) had 7, the Markazi Jamiat-i-Ulema-i-Islam (Thanvi Group) won 7 seats, the National Awami Party of Wali Khan had 7 seats, the Jamaat-e-Islami secured 2 seats, the Convention Muslim League had 2 seats, the Pakistan Democratic Party had a single seat, this being won by Nurul Amin; and independent candidates who won seats were 14 in number. In Mymensingh, Nurul Amin beat back the Awami League wave to win his seat in the national assembly. In the Chittagong Hill Tracts, Raja Tridiv Roy emerged triumphant. In effect, the Awami League, with its clear majority in the national assembly, was poised to form Pakistan’s first democratically elected government. It was expected that the People’s Party would be the opposition in the assembly.

Toward the end of the month, on 20 December, PPP Chairman Z.A. Bhutto declared in Lahore that without his party’s cooperation no constitution could be framed and no government at the centre could be formed. Referring to the triumph of the Awami League, he stated that “majority alone doesn’t count in national politics.” He made it known that the keys to power lay in the Punjab and Sindh, which was a clear provocation for the majority Awami League.

The next day, 21 December, Tajuddin Ahmad, General Secretary of the Awami League, in response to Bhutto’s statement, stated unequivocally in Dhaka that the Punjab and Sindh could no longer aspire to be ‘bastions of power’ and that the Awami League was quite competent to frame the constitution and form the central government of Pakistan.

As 1970 drew to an end, it was becoming increasingly clear that efforts were afoot in West Pakistan to repudiate the results of the election and prevent the Awami League from forming the first elected government of Pakistan in Islamabad.