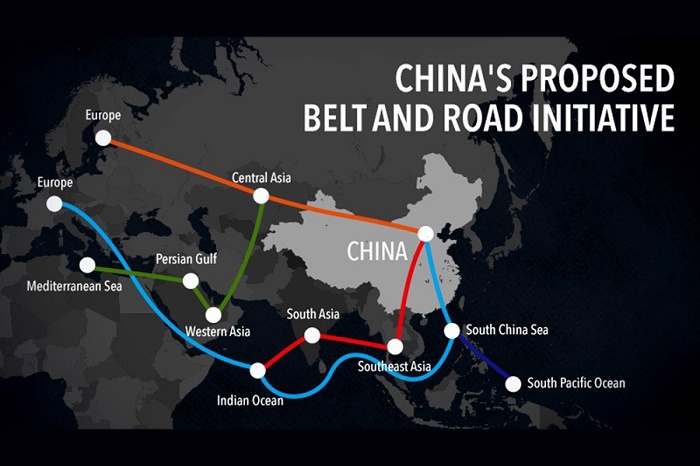 India uses platform of United Nations to send a message to all developing countries including Bangladesh on the Chinese development partnership model that results in huge debt trap.

On the contrary, Indian Envoy juxtaposed Chinese model of development with its own model of partnership that does not lead to indebtedness.

Addressing a UN meeting in New York, India's Permanent Representative TS Tirumurti, who also headed Bangladesh desk of the ministry before this assignment, asserted that India has always strived to foster global solidarity across the world with "our development partnership efforts fully respecting national priorities and ensuring that our assistance does not create indebtedness."

Indian Foreign Ministry passed the messages to media on Saturday.

Making the remarks at a joint meeting of the UN Economic, Tirumurti launched an indirect jibe on Pakistan sponsored terrorism and asserted the regressive activities. Such terrorism and aggression have worsened socio-economic impact of Covid -19.

The statement on indebtedness coincided with former Maldives President Mohamed Nasheed’s scathing attack in the Maldivian parliament on China over burgeoning debt.

He claimed that the country will not be able to afford repayments, even if sells their grandmother's jewellery.

Recently, Indian Foreign Secretary Harsh Vardhan Shringla visited Maldives and gave a comparison of LOC given by the India and China. Maldives owes a whopping 3.5 billion dollars in debt to China.

Indian Prime Minister Narendra Modi in a subtle message to India's neighbour as well as the Indian Ocean nations about China's debt trap diplomacy, said in the name of development partnership, nations were forced into dependence partnership.

Last December, the PM questioned China's debt diplomacy labelling it as a tool to force debt ridden nation to relinquish land and sovereignty, if they are unable to clear it on time.