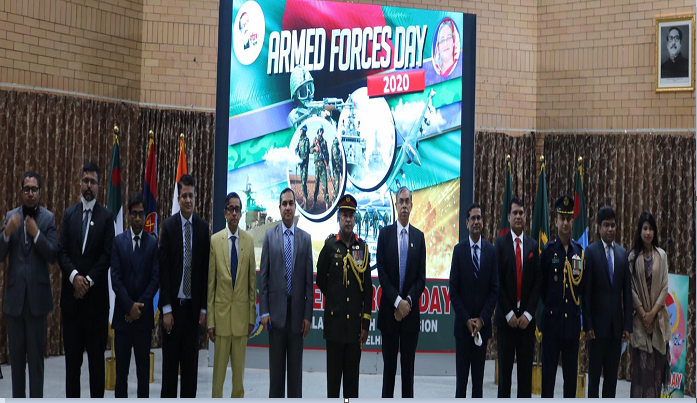 Bangladesh High Commission in New Delhi on Saturday celebrated the Armed Forces Day with a vow to uphold the image of Bangladesh Armed Forces and boosting the country’s positive image abroad, as a whole.

The mission paid homage to the Father of the Nation Bangabandhu Sheikh Mujibur Rahman and all martyrs of liberation war 1971 by offering special prayers. The National Anthem of the People’s Republic of Bangladesh was played. 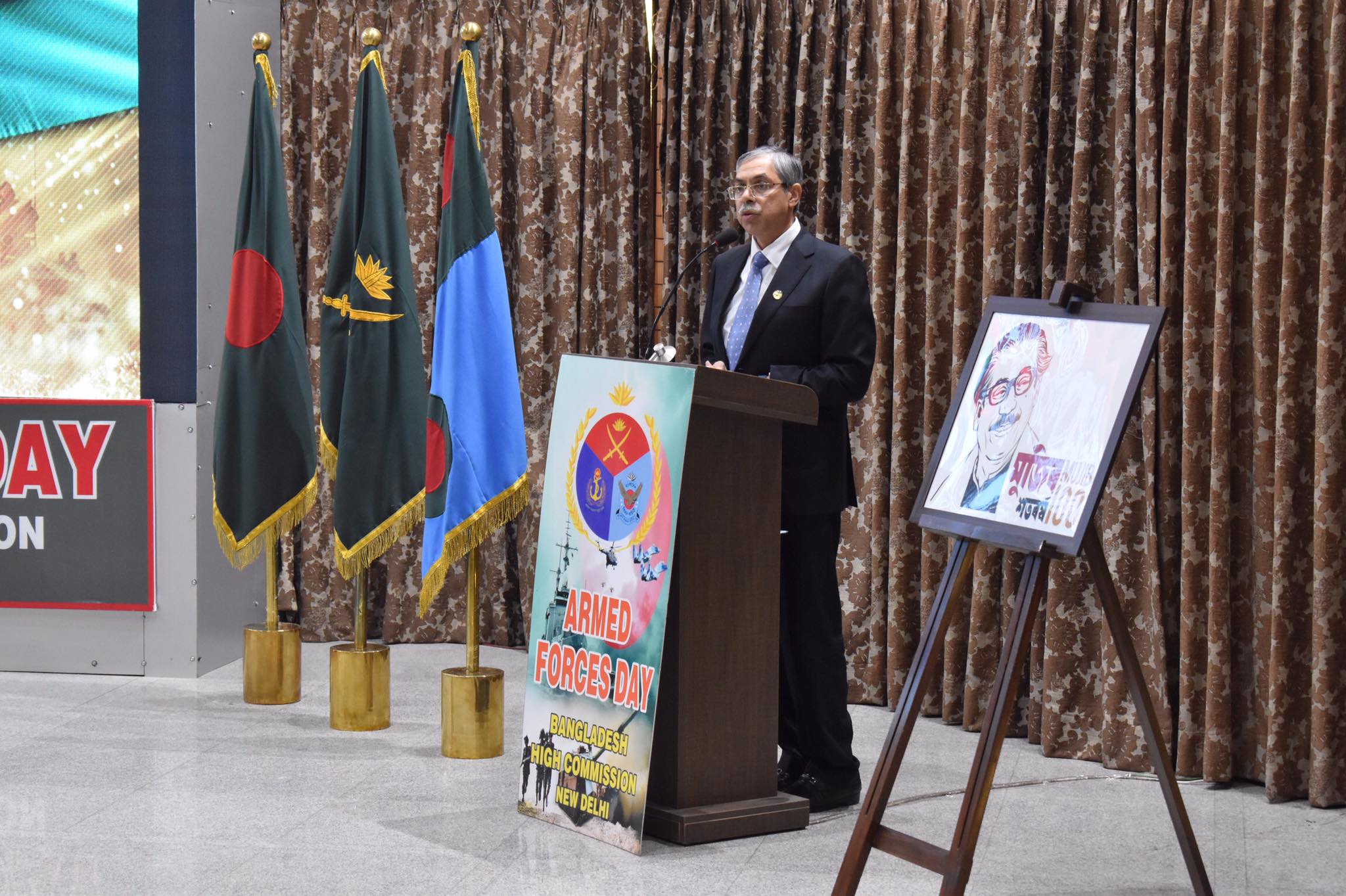 Special messages from Honourable President Md. Abdul Hamid and Honourable Prime Minister Sheikh Hasina, were read out to mark the occasion. Besides, a video clip was played in remembrance of contribution of Bangladesh Armed Forces during the event. 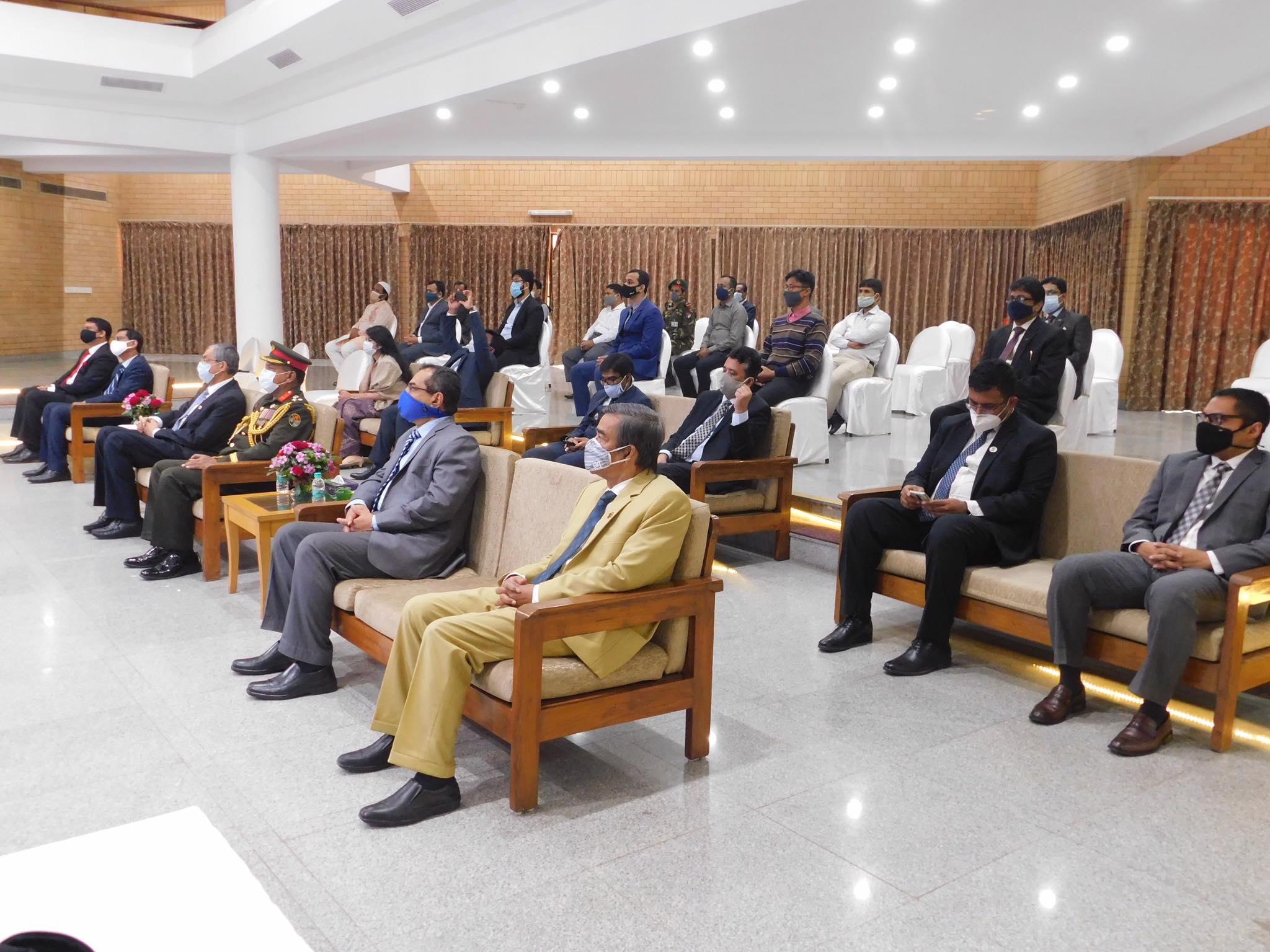 Ambassador Mr. Muhammad Imran, the High Commissioner of the People’s Republic of Bangladesh in India graced the occasion as Chief guest and addressed the attendees.

It was attended by all diplomats and member staffs of Bangladesh High Commission, New Delhi maintaining the existing Covid-19 norms and regulations of host country. 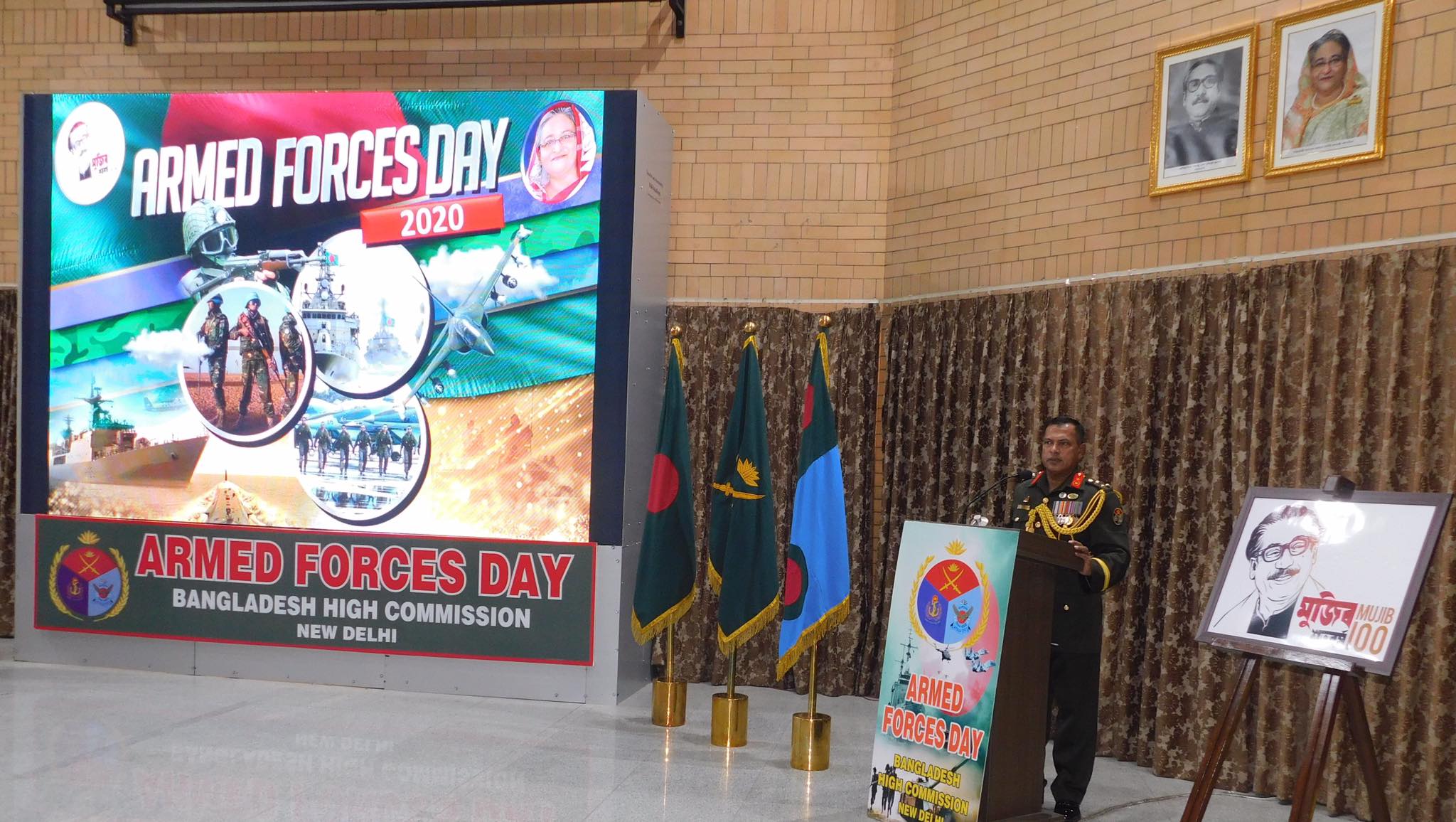