MBS said Iran, Qatar, Saudis would kill him if normalised ties with Israel 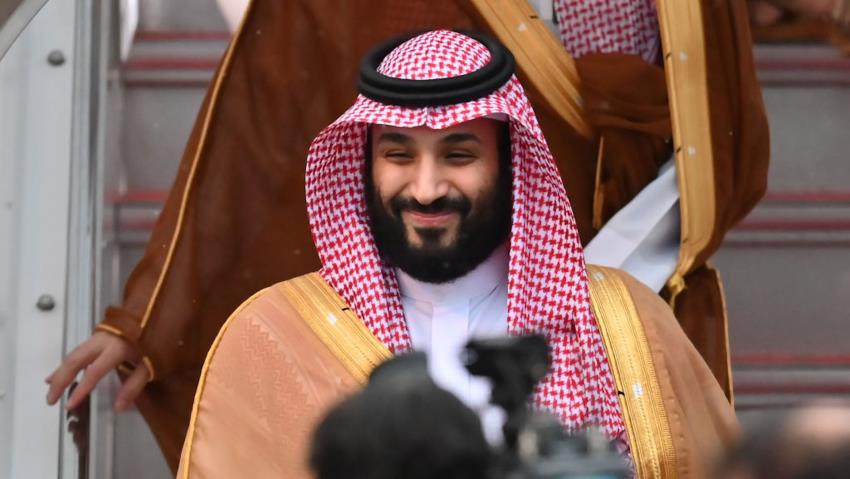 The Saudi crown prince, also known by his initials MBS, said following in the steps of the United Arab Emirates and Bahrain would get him "killed by Iran, by Qatar and my own people", Saban said.

The entertainment mogul made the claim at a pro-Biden online campaign event on Wednesday entitled "Israel's Security and Prosperity in a Biden White House", hosted by Florida for Joe Biden and Kamala Harris, Haaretz reported.

The UAE and Bahrain, which closely coordinate their foreign policies with Saudi Arabia, normalised relations with Israel in August, cementing the move with a signing ceremony at the White House last month.

Saban, a billionaire who founded the Saban Center for Middle East Policy at the Brookings Institution, was one of the few Democrats present when the agreements, dubbed the Abraham Accords, were signed on 15 September.

On Friday, US President Donald Trump said he expected Saudi Arabia to also agree to closer ties with Israel in the coming months.

His comments came shortly after Sudan became the third Arab country in recent months to normalise ties with Israel.

Earlier this month, Saudi Foreign Minister Faisal bin Farhan al-Saud said the kingdom would not recognise Israel until there was a return to Israel-Palestine negotiations.

"All Jews in America that care about the US-Israel alliance know they can sleep peacefully under a Biden presidency," he said.

The normalisation deals have largely been met positively among both Democrats and Republicans.

The billionaire also claimed that President Donald Trump played a minor role in securing the Abraham Accords, while most of the credit should go to his son-in-law and senior adviser, Jared Kushner.

"All of the credit should be going to Jared Kushner and [his aide] Avi Berkowitz, who worked really hard on it," said Saban.

Trump has highlighted the Arab normalisation deals with Israel as major achievements as he seeks another term in 3 November elections, with his evangelical Christian base widely supportive of Israel.

Still, the normalisation deals have outraged Palestinians, who have called them "a stab in the back", pointing out that they reward Israel and allow it to continue its illegal occupation of the West Bank and East Jerusalem, as well as its siege of Gaza.

A recent survey found that, despite the moves by the UAE and Bahrain, a majority of Arab populations continue to strongly oppose normalisation with Israel.