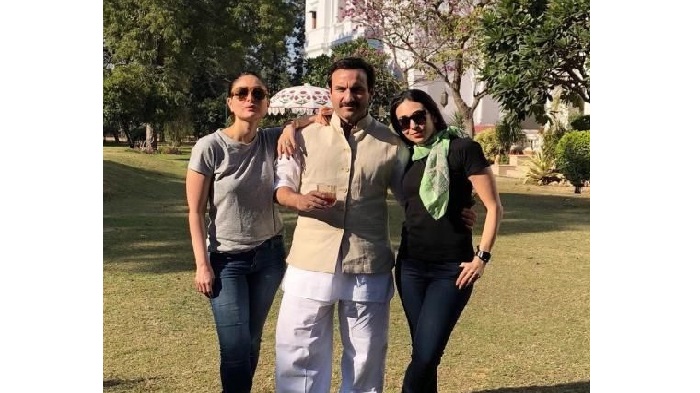 Actor couple Saif Ali Khan and Kareena Kapoor Khan celebrated their 8th wedding anniversary this week. The couple frequently spends time at his ancestral home in Haryana, the Pataudi Palace. But did you know that Saif had to buy the property back with his hard-earned money.

Saif said in an interview that while he has had a privileged upbringing, ‘there was no inheritance’. Even the property that he is supposed to have inherited was bought with money he made from films.

According to Architectural Digest, the Pataudi Palace, spread across 10 acres, has approximately 150 rooms, including seven dressing rooms, seven bedrooms and seven billiard rooms. After the death of Saif’s father, Mansoor Ali Khan Pataudi, the palace was leased to Neemrana Hotels, which operated it as a luxury property until 2014.

In an interview to Mid-Day, Saif said, “People have a certain fixed notion. For that matter, even [with] Pataudi [palace], when my father died, it got rented to Neemrana Hotels. Aman [Nath] and Francis [Wacziarg] used to run [the hotel]. Francis passed away. He’d said that if I wanted (the palace) back, I could let him know. I said: ‘I want it back’. They held a conference, and said, ‘okay, you have to give us lots of money!’ Which I then consequently earned.”

He added, “So, even the house I’m supposed to have inherited has been earned back through money from films. You can’t live off the past. At least we can’t in our family, because there was nothing. There is history, culture, beautiful photographs; and, of course, some land. It has been a privileged upbringing. But there’s been no inheritance.”

On the occasion of their 8th wedding anniversary this week, Kareena took to Instagram to share a special post on the occasion. She wrote, “Once upon a time there was a girl named Beboo and a boy named Saifu. They both loved sphagetti and wine... and lived happily ever after. Now you guys know the key to a happy marriage. On that note, happy anniversary SAKP... here’s to eternity and beyond.”