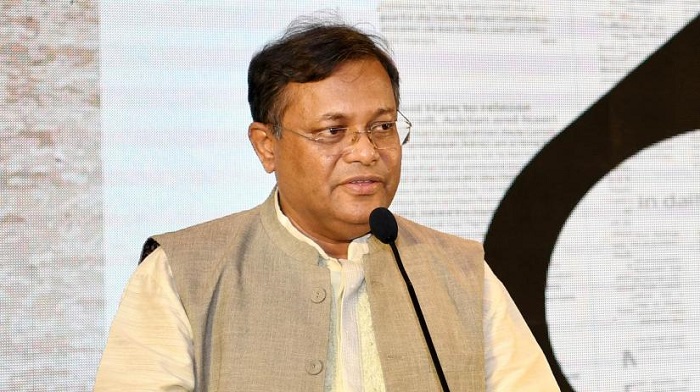 Information Minister Dr Hasan Mahmud on Tuesday said tree plantation programme across the country under the dynamic leadership of Prime Minister Sheikh Hasina has turned into a movement.

Krishak League,” he told newsmen after planting a sapling on the premises of Sangsad Bhaban marking the birth centenary of Father of the Nation Bangabandhu Sheikh Mujibur Rahman.

Hasan said, later, the premier (Sheikh Hasina) had taken various measures to expedite the tree plantation programme after taking office in 1996. Now-a-days, the people buy saplings from markets along with other commodities, he added.

The minister said the slogan of ‘planting fruit, herbal and timber bearing trees’ given by the prime minister has helped increase the country’s afforestation to a great extent in the past 11 years.

“At the same time, if we include social forestry, roadside forestry, the amount of forest coverage has increased by several percent compared to 2008. It was possible as the premier has turned the three plantation programme into a movement,” he added.

The information minister said tree gives multidimensional services to people side by side with providing flowers, fruits and life saving oxygen.

The minister expressed his sincere thanks to the Speaker of theparliament for taking the tree plantation programme.