Lata Mangeshkar turns 91: The nightingale is a gift that keeps giving 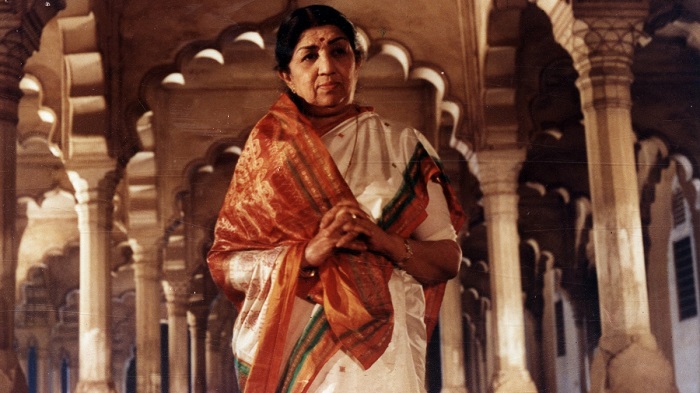 Lata Mangeshkar’s first recorded song was in 1942. She was only 13. It was for a Marathi movie but was later dropped from the album. Despite every filmmaker’s best efforts to have at least one ditty sung by THE Lata Mangeshkar, these days the nightingale rarely enters the studio – her “temple”, in the immortal words of Naushad. Her last recorded song was in 2015, in an Indo-Pak gay love story. From 1942 to 2015, that’s a record-shattering 73 years of continuous playback and only Mangeshkar, the high priestess of Bollywood singing, could have managed that momentous feat. For 73 years, and even longer, she has regaled music listeners with her mellifluous voice and in total domination as Bollywood’s leading singer who, like a juggernaut, crushed every competition that came her way. Film magazines like Stardust had a name for it – the “Mangeshkar monopoly.” Between Lata and her younger sister and media-pitted rival Asha Bhosle, there was hardly any space for the third woman standing.

Lata Mangeshkar was born into a family of performers. Her father ran a theatre company and the Mangeshkar sisters grew up in awe of music. By pursuing singing, the sisters wanted to carry forward their father’s rich legacy. They were classically trained. From a very young age, Mangeshkar could sing Raag Puriya Dhanashree with full command. It was her father who discovered Lata’s real talent. “A particular incident sparked off my singing,” the singing legend recalled in an old interview with Stardust. “It so happened that once my father asked his shagird (disciple) to practise a raag while he finished some work. I was playing nearby and suddenly a note of the raag that shagird was rendering, jarred. And the next minute, I was correcting him. When my father returned, he discovered a shagird in his own daughter.” Reportedly, Lata’s father said to her mother, “We have a singer at home. We never knew it.”

Some years after her father’s death, Lata moved to Mumbai. Initially, she was mentored and nurtured by Master Vinayak, a filmmaker of the 1930s and a family friend of the Mangeshkars and also by Ghulam Haider, who is known for giving Lata her first break. Lata’s initial competition came in the shape of Suraiya, Shamshad Begum and especially, Noor Jehan who was considered the critics’ darling at a time, a better singer than Lata. In a 2004 essay for Outlook magazine, veteran music writer Raju Bharatan wondered if Lata would “have attained the ‘super’ status she did if Noor Jehan (as the ‘brighter’ voice) had chosen to stay on in India after Partition?” Bharatan asked the same question to Naushad (who gave Lata the unforgettable gems such as Tu ganga ki mauj in Baiju Bawra and Pyaar kiya toh darna kya in Mughal-E-Azam). Naushad felt that Noor Jehan’s move to Pakistan destroyed any chances of her pan-India appeal. “Once Noor Jehan opted to base herself in Lahore rather than Bombay,” Naushad explained to Bharatan, “the range and variety of composers who came to work on her vocals became automatically restricted. Since Noor Jehan no longer enjoyed the supreme advantage Lata did—of music directors hailing from 13 states of India bringing to her vocals a treasure trove of tunes. Thus Noor Jehan fatally typed herself as a Punjabi-Urdu singer. While Lata Mangeshkar became the cosmopolitan voice of all Hindustan, representative of each praanth from Maharashtra to Orissa.” And yet, it was Naushad who asked her to sing like Noor Jehan for Mehboob Khan’s Andaz (1949)!

The song, Aayega aana waala from Mahal made sure that Lata was here to stay. Through the 1950s and 60s, she sang in every genre, from bhajans like Allah tero naam and dance numbers like Hoton pe aisi baat to moony romantic tunes like Lag jaa gale and patriotic ditties like Aye mere watan ke logo.

Of all music directors, there’s no doubt as to who Lata’s favourite was. “I shared a special relationship with Madan Mohan, which was much more than what a singer and a music composer share. This was a relationship of a brother and a sister,” she said in a 2011 collector’s item calendar called Tere Sur Aur Mere Geet. “He trusted me to sing his best compositions,” she went on, listing Woh chup rahe from Jahan Ara as their favourite collaboration.

In later years, she developed a similar brotherly relationship with Yash Chopra, for whom she sang some of her most memorable latter-day songs. Their collaboration has yielded such hits as Dhool Ka Phool, Kabhi Kabhie, Silsila and Dil Toh Pagal Hai. She even worked with Chopra’s son, Aditya, on Dilwale Dulhaniya Le Jaayenge. Perhaps, Dilip Kumar, whom she addresses as her older brother, said it best when he remarked, “None have been able to equal Lata’s refinement. It is very difficult for anyone to compete with her because she has invested so heavily in every person who cares for music – there’s such a lot of Lata Mangeshkar in everyone.”