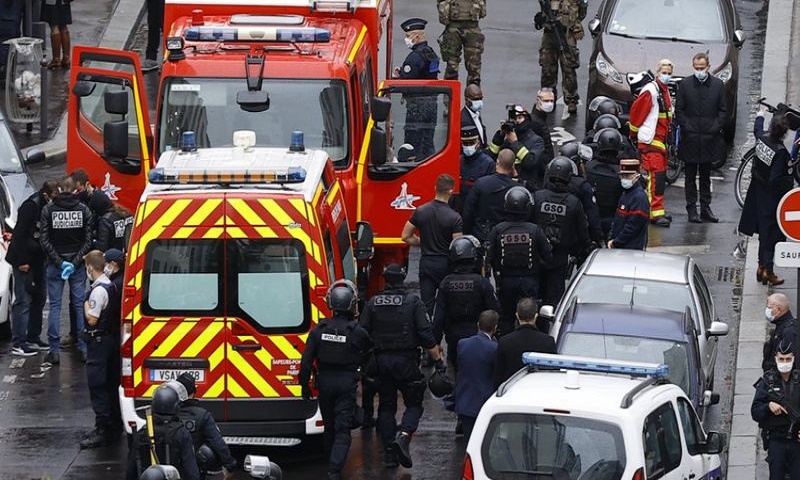 Seven people have been detained in connection with an attack outside the former offices of satirical magazine Charlie Hebdo in Paris of France, officials say.

A man armed with a meat cleaver wounded two people in the attack on Friday.

The main suspect, identified as an 18-year-old man of Pakistani origin, was arrested near the scene. Police said six others were in custody and being questioned, BBC reported.

The attack is being treated as a terrorist incident.

Interior Minister Gérald Darmanin said it was "clearly an act of Islamist terrorism". He said police had underestimated the threat level in the area.

The attack came as a high-profile trial was under way of 14 people accused of helping two jihadists carry out the 2015 attack on Charlie Hebdo, in which 12 people were killed.

Charlie Hebdo vacated its offices after the 2015 attack, and the building is now used by a television production company.