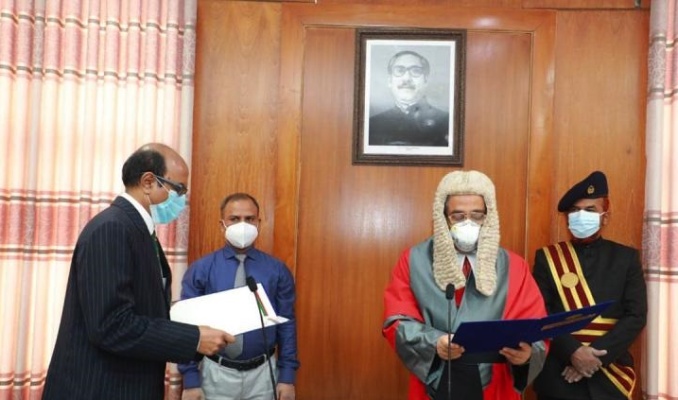 Md Sohrab Hossain, also a former secretary, took charge as the 14th chairman of the BPSC.

Members of BPSC, secretary to the commission secretariat and other officials concerned were present on the occasion.

The government appointed him as the new chairman of BPSC on September 16.

He will remain at the post either for the next five years (from the date of appointment) or until he reaches the age of 65.

Sohrab Hossain completed his Bachelors (Hon’s) and Masters in Bangla Language and Literature from Dhaka University.

He is well-known for his honesty and sincerity.

Sohrab Hossain began his career as an assistant commissioner through Bangladesh Civil Service in 1986 (Batch 1984).

During his profession, he served in various important positions. He was the Secretary, Secondary and Higher Education Division and also worked as the Secretary in Ministry of Education and Rector in Bangladesh Civil Service (Admin) Academy with great commitment and dedication.