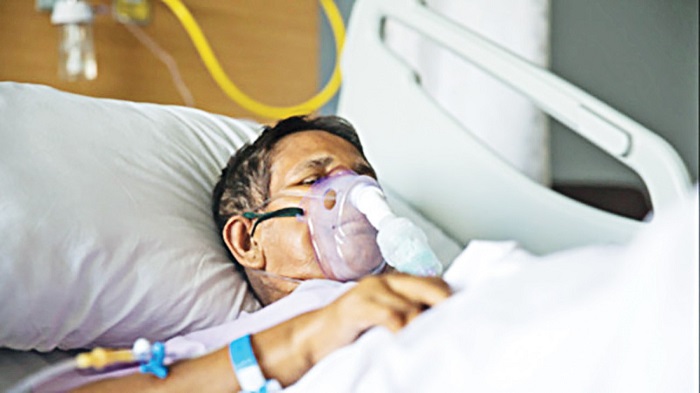 A total of 14,214 patients have, so far, recovered from COVID-19 in all eight districts of the division with 106 recovered afresh in the last 24 hours ending this morning, said an official report.

The report also said 2,163 other infected patients were undergoing treatment in designated hospitals in the division till this morning. Dr Gopendra Nath Acharya, divisional director of Health, said the death toll rose to 268 with 160 in Bogura, 42 in Rajshahi including 23 in its city.

Besides, all the positive cases for COVID-19 have, so far, been brought under necessary treatment while 4,747 were kept in isolation units of different hospitals for institutional supervision. Of them, 3,679 have, by now, been released.

Meanwhile, with detection of 113 new more positive cases in five districts on Monday, the total number of infected patients in the division now jumped to 18,536, Dr Nath said.

Of the new positive cases, the highest 42 were detected in Bogura followed by 28 in Joypurhat districts. Apart from this, 20 other people have tested positive for the deadly virus in Rajshahi including 13 in the city, 18 in Naogaon and five in Sirajgonj districts.

Following detection of new COVID-19 cases, the respective houses of the infected persons in different areas in the division were placed on 14-day lockdown according to the health safety guidelines. Dr Nath said the whereabouts of the persons, who came in contact with COVID-19 patients, were identified and they were asked to remain in home isolation so that the virus cannot spread further.

On the other hand, a total of 67 more people have been sent to home and institutional quarantine afresh as part of efforts of bringing all the suspected people under quarantine while 140 others were released in the division during the period till Tuesday 8am .

A total of 57,761 people had, so far, been kept under quarantine since March 10 to prevent community transmission of the coronavirus (COVID-19).

Of them, 55,262 have, by now, been released as they were given clearance certificates after completing their respective 14-day quarantine period in the division.

Dr Nath added that utmost emphasis has been given to bring all the suspected people under quarantine, isolation and testing as these are being adjudged as important means of containing the community transmission of the virus.