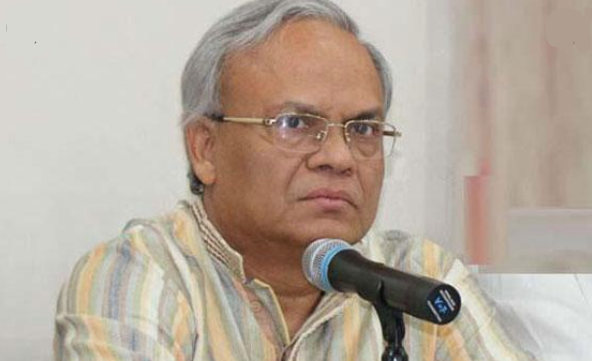 BNP on Friday strongly opposed the Election Commission’s (EC’s) proposal for scrapping its direct power to cancel the candidature of candidates by amending the Representation of the People Order (RPO), saying it is a 'suicidal' move.

“The Election Commission is an independent and sovereign entity in a democratic system. As per section 91(E) of the RPO, it’s the jurisdiction of the Election Commission to cancel the candidature of any candidate. The Constitution has given it this power and freedom,” said BNP senior joint secretary general Ruhul Kabir Rizvi.

He said, "Does anyone curtail his/her freedom? But the Election Commission is now voluntarily surrendered its independence and such power to the government. They themselves are taking a suicidal decision.”

He came up with the remarks at a milad mahfil organised by the Rajshahi University Nationalist Ex-Student Association (Runesa) at BNP’s Nayapaltan central office, seeking salvation of the departed soul of Dilruba Shawkat, wife of BNP leader Shahin Shawkat.

Recently, the Commission has prepared a draft of the Representation of the People Act-2020. The draft proposal containing 34 recommendations, including abolishing the EC’s direct power to cancel a candidate's candidature, was finalised at a meeting of the commission on Wednesday.

Rizvi said the EC has adopted a resolution to curtail its power and make a separate law over the annulment of candidature as per the government’s directive.

"The government is going to keep the Election Commission’s power in its own hands by formulating a law. That law will help Sheikh Hasina hold absolute power. If anyone disobeys the government, will be excluded. If BNP and other parties raise, voice their registrations will be revoked since the law is in the hands of Sheikh Hasina. And this power is being handed over to the government by the Chief Election Commissioner and some election commissioners. Only a commissioner gave a note of dissent,” he said.

The BNP leader said this move has been taken to restore a one-party Baksal rule in a new style by snatching the rights of other parties to do politics. "That means Sheikh Hasina is the unchallenged 'lord', and If anyone raises voice against what she says or does will face dire consequences. This is Baksal under a new cover.”

He said the government is also trying to snatch the Election Commission’s power to register political parties by making the law.