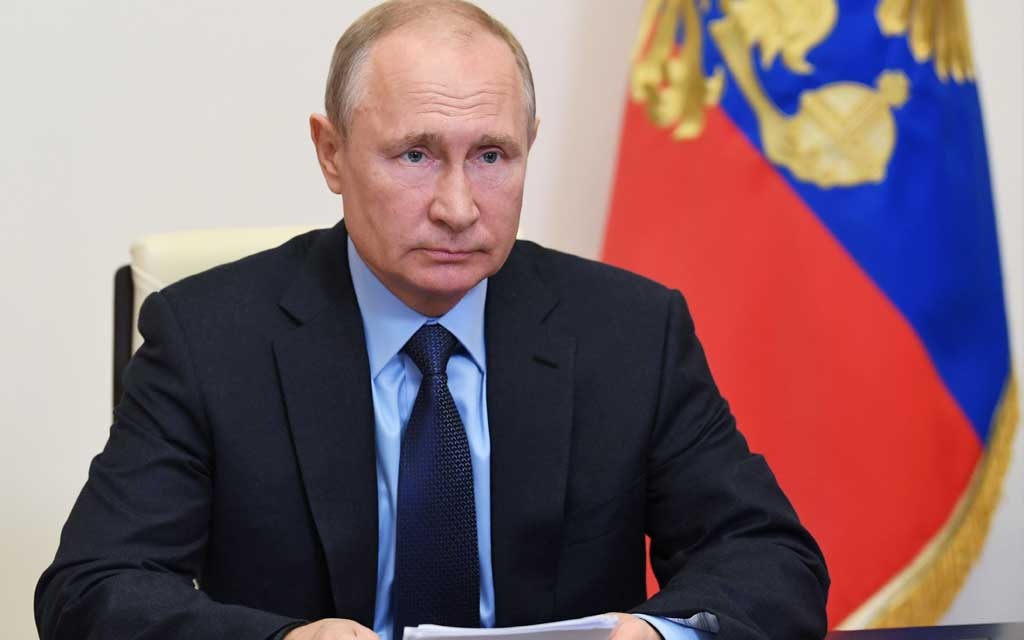 President Vladimir Putin said Tuesday that Russia had become the first country to approve a vaccine offering “sustainable immunity” against the coronavirus and that one of his daughters has been inoculated.

The announcement came after scientists in the West raised concerns about the speed of development of Russian vaccines, suggesting that researchers might be cutting corners after coming under pressure from authorities to deliver.

“This morning, for the first time in the world, a vaccine against the new coronavirus was registered” in Russia, he said during a televised video conference call with government ministers.

“I know that it is quite effective, that it gives sustainable immunity,” he said.

He said one of his daughters had been inoculated with the vaccine, developed by the Gamaleya research institute in coordination with the Russian defence ministry.

“In this sense she took part in the experiment,” Putin said, adding that she had a slight temperature after a second injection and “that’s all”.

“What counts most is for us to be able to ensure the unconditional safety of the use of this vaccine and its efficiency in the future. I hope that this will be accomplished,” Putin said.

“We really hope that the vaccine can be produced in September, or even at the end of August or beginning of September, and the first category to be vaccinated will be medical personnel,” she said, quoted by Russian news agencies.

Russia has been pushing hard to quickly develop a coronavirus vaccine and said earlier this month it hoped to launch mass production within weeks and turn out “several million” doses per month by next year.

The World Health Organization last week urged Russia to follow established guidelines and go “through all the stages” necessary to develop a safe vaccine.

Spokesman Christian Lindmeier told reporters at the time that the WHO had not been officially notified of any Russian vaccine on the verge of being deployed.

The pandemic has seen an unprecedented mobilisation of funding and research to rush through a vaccine that can protect billions of people worldwide.

The vaccine developed by Russia is a so-called viral vector vaccine, meaning it employs another virus to carry the DNA encoding of the needed immune response into cells.

Gamaleya’s vaccine is based on the adenovirus, a similar technology to the coronavirus vaccine prototype developed by China’s CanSino.

The state-run Gamaleya institute came under fire after researchers and its director injected themselves with the prototype several months ago, with specialists criticising the move as an unorthodox and rushed way of starting human trials.

Moscow has dismissed allegations from Britain, the United States and Canada that a hacking group linked to Russian intelligence services tried to steal information about a coronavirus vaccine from labs in the West.

With more than 897,000 confirmed infections, Russia’s coronavirus caseload is currently fourth in the world after the United States, Brazil and India.