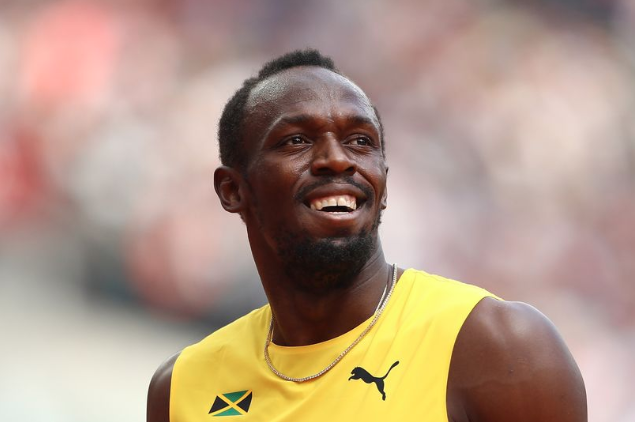 The Olympic athlete welcomed his little girl with long-term partner Kasi Bennett in May, but they decided to keep her name secret.

The couple had also refrained from sharing any pictures of her with fans -  until now.

Usain gave fans their first glimpse of their daughter on Kasi's birthday in an Instagram post dedicated to her.

The 33-year-old shared a series of stunning pictures of Kasi wearing a cream floor length dress as she cradled their baby in her arms.

But other than wishing her a happy birthday, he also revealed the baby's name as Olympia Lightning Bolt.
In the caption he wrote: "I want to wish my gf @kasi.b a happy birthday and To let u know I am happy I get to spend ur special day with u. 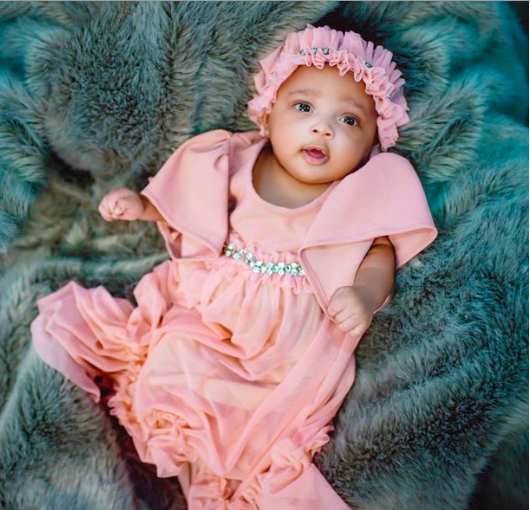 "I want nothing but happiness for u and will continue to doing my best keeping a smile on ur face.

"Now we have started a new chapter together with our daughter Olympia Lightning Bolt I look forward to what the future will bring for us but be reassured that I will be the ROCK for this family. I Love you and happy 21th birthday."
Overall the response from fans has been overwhelming positive, with the couple receiving endless praise for their choice of name.

A third shared the following: "Olympia, daughter of one Usain St. Leo Bolt.. known affectionately among fans’ subconscious as Zeus, god of lightning. The definition of an #aptronym."
Whilst others said: "The name of a legend! She’s beautiful" and "Name wasn't a disappointment at all, love the name."

Since setting a world record of 9.58 seconds in the 100-metre event at the 2009 Berlin World Championships, Usain has been named the fastest man in history and has coined the nickname "Lightening bolt."

And according to NameBerry, Olympia is a girl's name of Greek origin meaning "from Mount Olympus" - and since Mount Olympus is the home of the Greek God and the Olympics, their daughter' name couldn't be more apt.