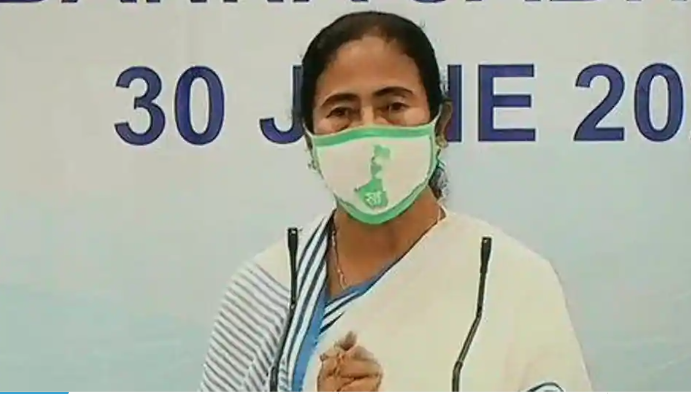 West Bengal chief minister Mamata Banerjee announced on Tuesday that the state government would distribute free food grains to the poor till June 2021.

The Bengal CM’s announcement came just minutes after Prime Minister Narendra Modi said that the union government would distribute free food grains to 80 crore of the country’s poorest till November-end.

“We give better quality rice than the Centre. Only 6.01 crore people or around 60% of the people in Bengal have been benefited from the Centre free ration scheme. We are providing to 10 crore people,” she added.

The state has also written letters to the union government to allow resumption of Kolkata Metro and stop flights from five hot spot states at least for the next two weeks, the chief minister added.

The chief minister took a swipe at the union government on banning 59 Chinese apps, even though she said that her party supports the government on issues related to external affairs.

“Banning some apps will not give any results. We have to be aggressive on one hand and on the other hand we have to be diplomatic. This is an external affairs issue and we don’t interfere. We fully support the government,” said Mamata Banerjee.