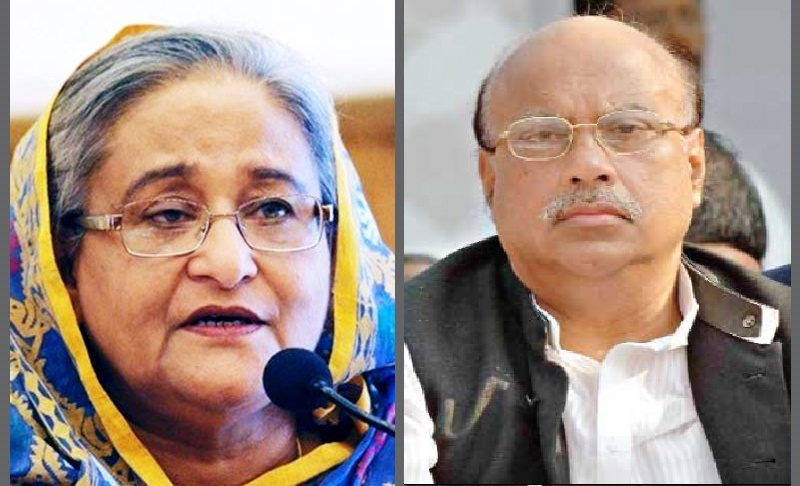 Former health and family welfare minister Mohammed Nasim is now in Intensive Care Unit (ICU) at the Bangladesh Specialized Hospital after he underwent an urgent brain surgery on Friday.

Earlier, the health condition of coronavirus infected AL leader deteriorated as he suffered a stroke around 5 am on Friday.

"Abba's condition was improving from the coronavirus. But he suffered a brain hemorrhage earlier today and has undergone an operation," Tanvir Shakil Joy, a former AL MP and son of Nasim, informed media of his father's condition.

AL deputy office secretary Biplob Barua said, "The operation, conducted by Dr Rabiul Haque, chief of Neurosurgery Department of Dhaka Medical College and Hospital, was successful and he (Nasim) is now at the ICU."

Biplob Barua also said that Prime Minister Sheikh Hasina talked with doctors and Nasim’s son Joy over phone to enquire about his health and well being.

Nasim, also a presidium member of ruling Awami League, was admitted to Bangladesh Specialised Hospital with fever and breathing problem on Monday.

On June 2, Mohammad Nasim tested positive for coronavirus shortly after he was admitted to the hospital, said Nasim’s son Tanvir Shakil.

Nasim was given plasma therapy on Tuesday.

The 74-year-old politician had been suffering from different health complications, including high diabetes.

A stalwart of the ruling party, in his present role he has been acting as the convenor for the 14-party ruling alliance built around the heft of AL.

Meanwhile, health authorities confirmed the detection of 2,423 new patients in the last 24 hours, raising the total cases to 57,563. The country also reported 35 deaths during the same period, raising the death tally to 781.