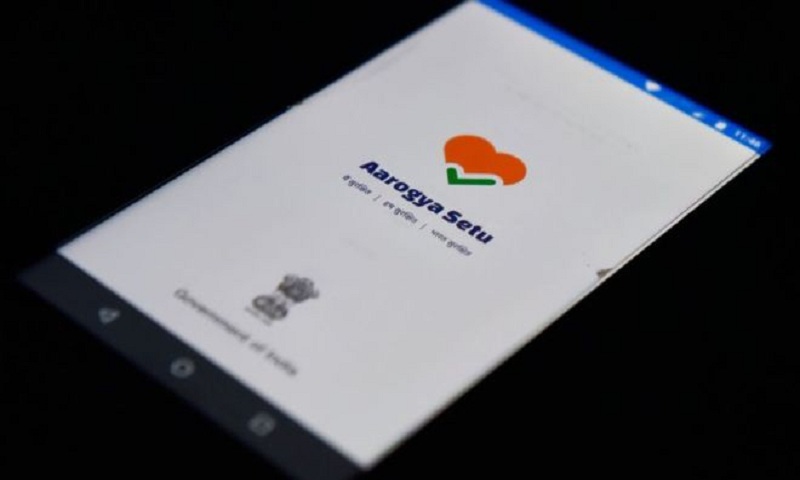 India's Covid-19 contact tracing app has been downloaded 100 million times, according to the information technology ministry, despite fears over privacy.

The app - Aarogya Setu, which means "bridge to health" in Sanskrit - was launched just six weeks ago.

India has made it mandatory for government and private sector employees to download it.

But users and experts in India and around the world say the app raises huge data security concerns.

Using a phone's Bluetooth and location data, Aarogya Setu lets users know if they have been near a person with Covid-19 by scanning a database of known cases of infection.

The data is then shared with the government.

"If you've met someone in the last two weeks who has tested positive, the app calculates your risk of infection based on how recent it was and proximity, and recommends measures," Abhishek Singh, CEO of MyGov at India's IT ministry which built the app, told the BBC.

While your name and number won't be made public, the app does collect this information, as well as your gender, travel history and whether you're a smoker.

Prime Minster Narendra Modi has tweeted in support of the app, urging everyone to download it, and it's been made mandatory for citizens living in containment zones and for all government and private sector employees.

Noida, a suburb of the capital, Delhi, has made it compulsory for all residents to have the app, saying they can be jailed for six months for not complying.

Food delivery start-ups such as Zomato and Swiggy have also made it mandatory for all staff.

But the government directive is being questioned by some.

What are the main concerns about India's app?

Aarogya Setu stores location data and requires constant access to the phone's Bluetooth which, experts say, makes it invasive from a security and privacy viewpoint.

The big issue with the app is that it tracks location, which globally has been deemed unnecessary, says Nikhil Pahwa, editor of internet watchdog Medianama.

The big issue with the app is that it tracks location, which globally has been deemed unnecessary, says Nikhil Pahwa, editor of internet watchdog Medianama.

"Any app that tracks who you have been in contact with and your location at all times is a clear violation of privacy."

He is also worried by the Bluetooth function on the app.

The app allows the authorities to upload the collected information to a government-owned and operated "server", which will "provide data to persons carrying out medical and administrative interventions necessary in relation to Covid-19".

And the question of transparency?

Unlike the UK's Covid-19 tracing app, Aarogya Setu is not open source, which means that it cannot be audited for security flaws by independent coders and researchers.

Can you beat the system?

To register, users have to give their name, gender, travel history, telephone number and location.

"People can fill the form incorrectly and the government cannot verify it, so the efficacy of the data is questionable," Mr Pahwa told the BBC.