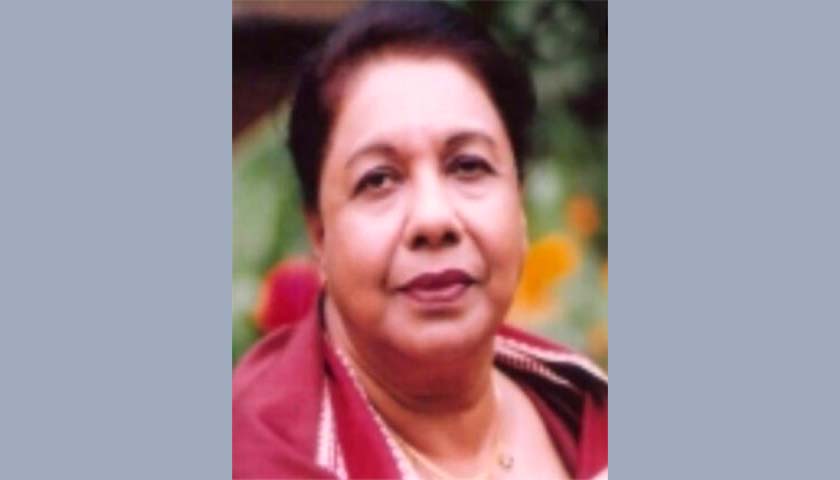 Language Movement veteran Sufia Ahmed died of cardiac arrest at a hospital in the capital on Thursday evening. She was 87.

Sufia, also a National Professor and wife of former advisor to the caretaker government Syed Ishtiaq Ahmed, breathed her last at United Hospital at about 8:50pm.

He was a professor at the Islamic history and culture department of Dhaka University.

Confirming the news, Advocate Md Asaduzzaman, a member of Syed Ishtiaq Ahmed and Associates, said she will be buried at Banani graveyard on Saturday.

She left behind her husband, a son, a daughter and a host of relatives to mourn her death.

Prof Sufia Ahmed took part in the Language Movement in 1952. She was one of the female forerunners to break the Section 144 on Dhaka University campus on February 21.