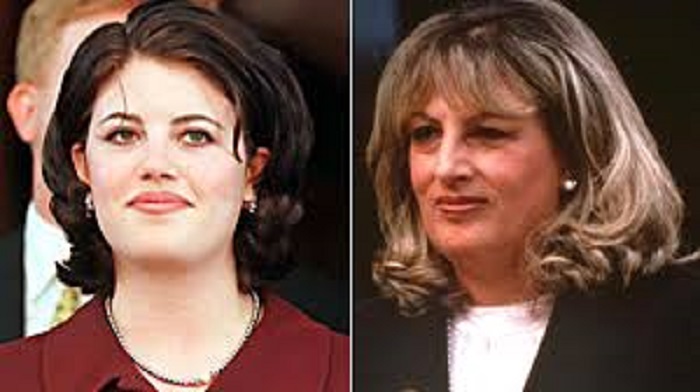 An American civil servant whose disclosure of an affair between Bill Clinton and a White House intern nearly brought down his presidency has died.

Linda Tripp, 70, passed away after suffering from pancreatic cancer, her family told US media on Wednesday.

Recordings Ms Tripp made of her conversations with Monica Lewinsky became central to the 1998 impeachment trial of then President Clinton.

She was variously praised as a whistle-blower and denounced as a partisan.

The former civil servant, who worked at the Pentagon and had a friendship with Ms Lewinsky despite their 24-year age difference, learnt that the younger woman had had a sexual relationship with the president and began secretly recording their conversations in 1997.

Ms Tripp turned the tapes over to Kenneth Starr, the special prosecutor leading a broad investigation into the Clinton administration.

Clinton claims Lewinsky affair 'managed anxieties'
The link between Monica Lewinsky and Donald Trump
Ms Tripp also disclosed that Ms Lewinsky owned a blue dress that had been allegedly soiled by the president's semen - an infamously prurient detail which stuck in the public imagination.

The sex scandal precipitated Mr Clinton's impeachment by the Republican-led House of Representatives in 1998, when he was found to have committed perjury for lying about the relationship.

He was acquitted by the Senate, but the ugly political battle was seen as a harbinger of further division in American politics, which became more bitter and partisan in subsequent years.

Ms Tripp has insisted that she provided the information to the Starr investigation out of patriotism, but critics accused her of betraying Ms Lewinsky's friendship and seeking to undermine the presidency.

She was fired from her job at the Pentagon on the last day of the Clinton administration in 2001, and later opened a shop with her husband in Virginia.

On the news of Ms Tripp's illness before her death, Ms Lewinsky tweeted: "No matter the past, upon hearing that Linda Tripp is very seriously ill, I hope for her recovery. I can't imagine how difficult this is for her family."

Testifying at the Clinton trial in 1998, Ms Lewinsky's concluding remarks had been: "I'm really sorry for everything that's happened, and I hate Linda Tripp."