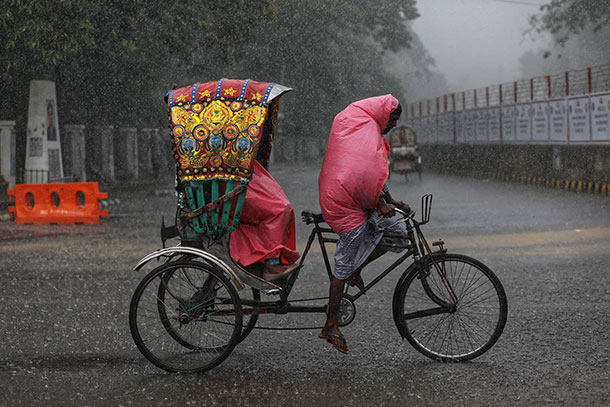 The Met Office has forecast rain for some areas in six divisions.

In a regular bulletin, it said rain or thundershowers is likely to hit one or two places over Dhaka, Mymensingh, Khulna, Barishal, Chattogram and Sylhet divisions during 24 hours commencing from 6pm Sunday.

The Met Office said the weather may remain mainly dry with partly cloudy sky elsewhere over the country.

Meanwhile, it forecast continuation of the mild heat wave sweeping over the regions of Dhaka, Tangail, Faridpur, Rajshahi, Pabna, Jashore, Chudanga and Kumarkhali.

Sunday’s highest temperature was recorded at 37.5 degree Celsius in Chuadanga and Kumarkhali and the lowest 14.4C in Tetulia.