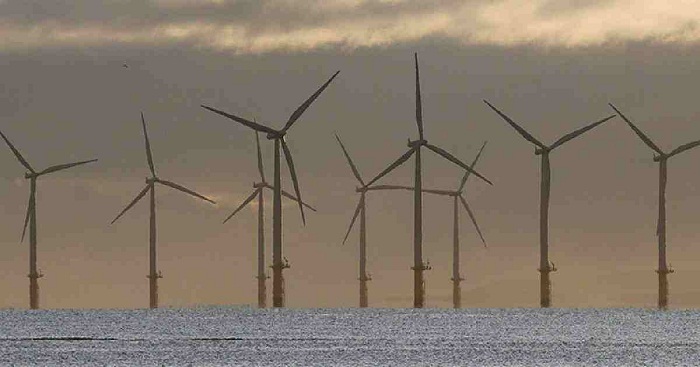 The climate change, that is, the change of the global climate and in particular the changes in meteorological conditions that extend on a large time scale, is a major global existential threat, much greater than the coronavirus.

The greenhouse effect causes the increase of temperature of the planet primarily due to the tremendous increase in carbon dioxide, which has increased by 35% since the beginning of the industrial revolution. And of course the lion's share in pollution of the atmosphere with 50% of all carbon dioxide have Europe and North America. All other countries together are responsible for the other half, while the poorest countries are the least responsible. However, the people who live in these countries it is they who will suffer more strongly of the consequences.

The causes of climate change are mainly identified in combustion of fossil fuels (coal, oil, gasoline, natural gas, etc.) which account for 50% of total emissions, in the production and use of synthetic chemicals, in disaster of forest areas which contributes to the production of additional gases in the atmosphere and of course to the greenhouse effect by 15% and in conventional agriculture and livestock farming, which account for 15% of emissions.

The expert scientists knock the danger bell and warn that if there is no urgent global coordinated action by political leaders, governments, industries and citizens around the world, the temperature of the planet is likely to rise above 2°C relative to pre-industrial levels by 2060 and the increase could even reach 5°C by the end of the twenty-first century, fact that will make the lives of future generations problematic.

Such an increase in the temperature of our planet will have a devastating impact on nature, bringing about irreversible changes in many ecosystems and consequent loss of biodiversity, that is, all living organisms and species that make up life on the planet, that is, animals, birds, fish and plants (fauna and flora). Many species are expected to disappear from areas that will be directly and severely affected by climate change.

Today, compared to 1850 -from when recording data began- a temperature increase of 1.1°C is observed. So, it is vital importance, the increase not to exceed 1.5°C, because as scientists estimate, beyond this crucial point there will be no way back.

The climate change, however, which is due to human activities, is a tangible ominous reality and is already adversely affecting our planet. The sectors responsible for the production of greenhouse gases are primarily the sector of energy produce (units of production of electrical power, refineries) but also industrial activities, the modern means of transport (cars, airplanes, etc.) and the activities of the primary production sector.

So, the extreme weather events, the uncontrolled fires in forests such as the Amazon that have been characterized as the "lung" of the planet, the heat waves, the heavy rainfall, the prolonged droughts that create serious eating problems in the affected areas of the planet, the very powerful hurricanes, are becoming constantly more often and more intensively, costing tens of thousands of lives every year and causing huge disasters.

The ice at the same time and snow on the poles are melting, with the Arctic being the biggest victim to date, and the world average sea level goes up, as a result to be caused floods and erosion on coasts and lowland coastal areas and to be created environmental refugees. If this unfavorable development continues, areas such as the Netherlands and Venice will be at risk of being permanently lost under the sea waters as new Atlantis.

The climate change also increases existing diseases worldwide but also creates new ones, and can also lead to premature death. Too many diseases are particularly sensitive to temperature change. To them included communicable diseases such as yellow fever, malaria, encephalitis and dengue fever, but also eating disorders, mental illnesses, cardiovascular diseases as well as respiratory diseases.

The climate change will also have negative impacts on the economies of the countries given the fact that the high temperatures undermine the productivity of most sectors of the economy, from the agricultural sector to processing. Valid scientists predict that by the end of the century, global GDP will have fallen by 7.22% from what it would have been without climate change.

The teenager Swedish activist against climate change, Greta Thunberg, has managed in the most vigorous and loud way to pass the debate over this huge problem, by the heads of state and government and public dialogue, in society and in the friendly discussions, mobilizing millions of people around the world, especially young people, who began to demonstrate demanding by governments the immediate taking of measures for the confrontation of climate change.

So, Swedish MPs rightly suggested her for the Nobel Peace Prize. And of course Greta Thunberg has big right when she says that the measures are being taken to reduce greenhouse gases and, above all, carbon dioxide are not sufficient.

So, what are the appropriate measures to be taken without delay to effectively reduce greenhouse gas emissions by 2050 and keep the temperature at + 1.5°C?

The basic policies for resolutely mitigating of the problem consist in promoting and utilizing renewable energy sources (wind, solar, biomass, etc.), the enhancing energy efficiency, the drastic reduction of the exploitation of oil and gas deposits and the imposition of carbon taxes in order that to limit the use of fossil fuels and thereby to reduce significantly carbon dioxide emissions by 2030 and eliminate them by 2050 at the latest, the rapid reduction of emissions of methane, carbon black and other short-lived pollutants that burden the climate, the restoration and protection of ecosystems and, above all, forests.

The Paris Agreement, the first universal, legally binding agreement for the climate, entered into force in 2016 with great optimism and manifest ambitions, despite the official US departure statement, which are one of the biggest polluters. Four years have passed since then and there are no substantial results, fact which raises serious questions as to whether there is really the political will to tackle this particularly threatening global problem.

In closing, I would like to emphasize that the effects of climate change will be so dramatic that human civilization will be in danger to collapse as a paper tower. So, in the face of this extremely dangerous climate crisis, the citizens around the world should increase their mobilization even further and the political leaders to finally stand up at the height of the circumstances and take immediately the necessary drastic measures, before it is too late, to reverse this unsustainable course and save the planet.