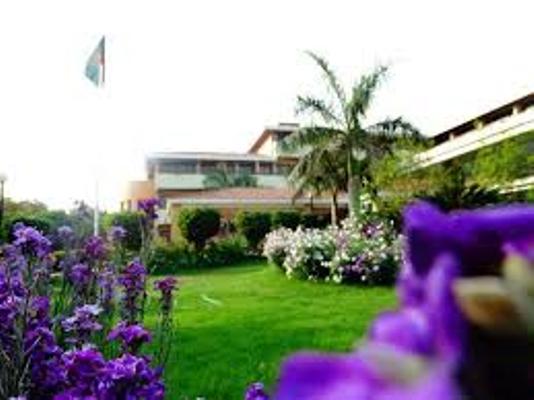 New Delhi: Bangladesh mission in New Delhi has taken an initiative to send back the stranded Bangladeshis to their homeland following lockdown announced by Indian government to contain spread of Covid-19.

The mission took the initiative as a significant number of Bangladeshi patients and students are remained stranded in various hospitals in Chennai, Bangaluru, Vellore and Delhi and educational institutions in different parts of the country following the lockdown.

“We will send back the stranded Bangladeshis who are willing to return to Bangladesh. A list is being prepared to this end,” said Bangladesh High Commissioner to India Mohammad Imran on Monday.

However, unconfirmed sources said that several hundreds of Bangladeshi students and patients are remained stranded in different educational institutions and hospital across India following the lockdown.

An official of Bangladesh high commission here said the mission officials today held an emergency meeting to discuss the matter of solving the problems facing by the stranded Bangladeshis in the awake of Covid-19 outbreak.

High commission sources, however, said that more than 520 Bangladeshis most of them are patients, who remained stranded at different health facilities in the country, had contacted with the mission by its hotline number seeking help.

They told the mission officials that they are suffering from want of food and money and also requested to take initiative to send them back to Bangladesh with special arrangements.

When asked about the meeting, sources however, said that the meeting decided to send an official letter to the ministry of foreign affairs in Bangladesh today to bring the stranded Bangladeshis to their homeland.

Meanwhile, the mission is continuing discussion with a number of airlines including Biman Bangladesh Airlines to charter their aircrafts to send the stranded people, sources preferring not to be named said today.

When asked he said, “The mission is serious to solve the problems as soon as possible and we are working for that by giving the matter the highest priority.” But, he said there is an official formality, which may require some time.

Giving details, sources said, the Biman fare has to be borne by the passengers. Meanwhile, 162 passengers have confirmed that they will bear the expenses. Not only that, he said after reaching Dhaka they must go for 14 days quarantine in Ashkona Hazi camps or in hospitals.

The official, who attended the meeting, also said that they have decided to write a letter to Indian Ministry of Foreign Affairs (MEA) to provide food and shelter to the stranded Bangladeshis during their stay in India.

They will also send formal request to MEA to help bring Bangladeshis from other states in India to Chennai from where they can board the aircraft for Dhaka.

About solving their financial crisis, the meeting was told that Bangladesh bank has already asked two commercial banks to facilitate the process following consultation with Western Union Money Transfer so that relatives of the Bangladeshis could send money to their near ones in India without any hassle.

However, the central bank also asked all commercial banks to give credit limit waiver of the credit cards holders, who are now undergoing treatment in India during the last couple of days.

Earlier, the mission opened two hotline numbers so that the Bangladeshi people remained stranded in India could contact with the mission.