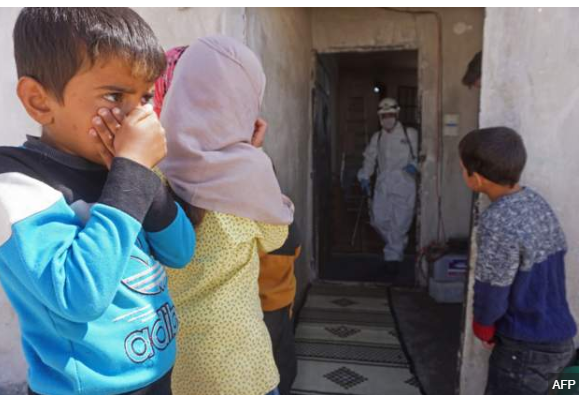 Syria has reported its first official death from Covid-19, amid fears the country is at grave risk if the disease spreads.

A woman patient died in hospital, state media say, without specifying where.

The official number of cases has grown from five to nine but reports suggest the true number in government-controlled areas could be in the hundreds.

Syria recently imposed restrictions to try to confine the virus but the UN has warned it is at particular risk because its healthcare system has been ravaged by nine years of war.

There have also been warnings that the flow of Shia Muslim pilgrims to holy sites in Syria, as well as the continued arrival of pro-government Shia fighters from Iraq, has increased the chances of exposure to the disease.