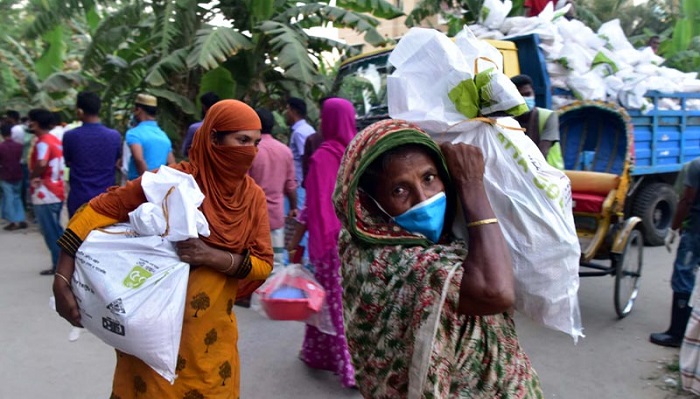 Volunteers including officials went door to door of the ‘low income’ people and distributed combo packets of food to 2 thousand families in different areas of the capital on Sunday.

Bashundhara Group Executive Director Imrul Hasan, Executive Directors Mahbubur Rahman Tuhin and Nazmul Alam Bhuiyan were in the teams to give food to people for their survival during the stay-at-home situation.

Officials said the programme will be extended in other areas and will continue till the situation will become normal.

“As the lower-income people are worst sufferers of the existing situation due to coronavirus pandemic, we have taken an initiative to support people to save from starvation,” he said.