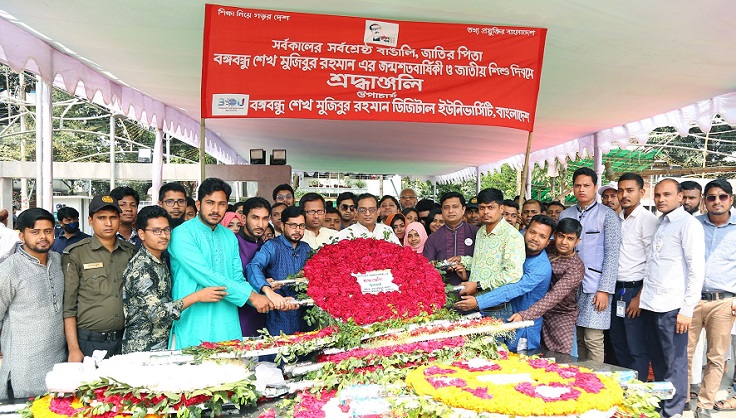 He paid the homage by placing a wreath at the portrait of Bangabandhu in front of Bangabandhu Memorial Museum at the historic 32 Dhanmondi Road in the capital this morning (Tuesday), said a press release.

After placing the wreath, VC Munaz Ahmed Noor said, “We have to join hands to build a technology based country containing the ideology of father of the nation Bangabandhu Sheikh Mujibur Rahman under the leadership of Prime Minister Sheikh Hasina.

He urges the young generation to be instilled with the spirit of Bangabandhu’s ideology to materialize the father’s dream of Golden Bengal.