Coronavirus: Outbreak at 'decisive point' as WHO urges action 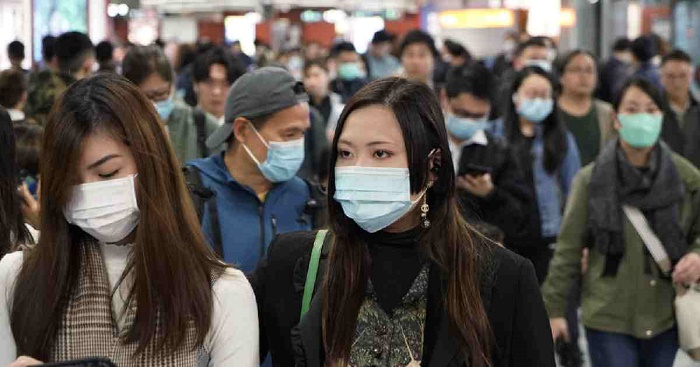 His comments come as countries around the world battle to prevent the virus spreading further.

For a second day, more cases have been reported outside than inside China.

Iran and Italy have become major centres of infection, with people travelling from there spreading the virus further afield.

"It's what's happening in the rest of the world that's now our greatest concern," Dr Tedros said.

Globally, more than 80,000 people in more than 40 countries have been infected. Nearly 2,800 have died, the majority in China's Hubei province.

What did the WHO say?

Dr Tedros urged governments to act swiftly and aggressively to contain the virus.

"We are actually in a very delicate situation in which the outbreak can go in any direction based on how we handle it," he said.

"This is not a time for fear. This is a time for taking action to prevent infection and save lives now," he added.

What measures are countries taking?

Japan and Iraq have ordered schools to close - a measure already taken in mainland China and Hong Kong.

Saudi Arabia is stopping foreign pilgrims from entering the country. It is not clear if the Hajj pilgrimage, which begins in July this year, will be affected.

Iran has urged citizens to avoid making unnecessary trips within the country.

Australia is extending a ban on foreign visitors from mainland China.

Italy, where 17 people have died, has quarantined 11 towns.

Greece is cancelling all carnival activities.

How will Japan's school closures work?

The closures are set to take effect on Monday and will last until the end of spring vacation - typically in early April. It will affect about 13 million students.

Mr Abe said the first weeks of March would be an "extremely critical period" for preventing virus transmission.

It follows China's decision not to reopen schools on the mainland after the Spring Festival holiday and instead ask nearly 200 million students to follow classes online from their homes. Hong Kong is also keeping schools closed until April.

Many parents in Japan are concerned about what they will do with their children.

"My honest feeling - all schools on break? It's important to protect children, but what happens if they have working parents?" one parent wrote on social media.

More than 200 people have so far been infected with the coronavirus in Japan. One woman in her forties in Osaka is said to have tested positive for a second time after earlier recovering.

What is happening in Iran?

Tehran has announced 26 deaths and 245 confirmed cases. Several officials are among those infected, including Ms Ebtekar and Deputy Health Minister Iraj Harirchi.

Two MPs, one of whom represents the holy city of Qom - where many of the confirmed cases have been recorded - have also reportedly been infected.

The WHO's Michael Ryan said the extent of infection in Iran "may be broader than we think".

But he said the country had a "very high clinical capacity" and the current 10% death rate for cases there probably reflected screening that was not picking up mild coronavirus cases.

Iran's neighbours have closed their borders. The UAE, Kuwait, Bahrain, Lebanon, Afghanistan, Pakistan and Estonia in northern Europe all recorded new cases of the virus in people travelling from Iran.