Not inviting Modi would have been act of ingratitude: Quader 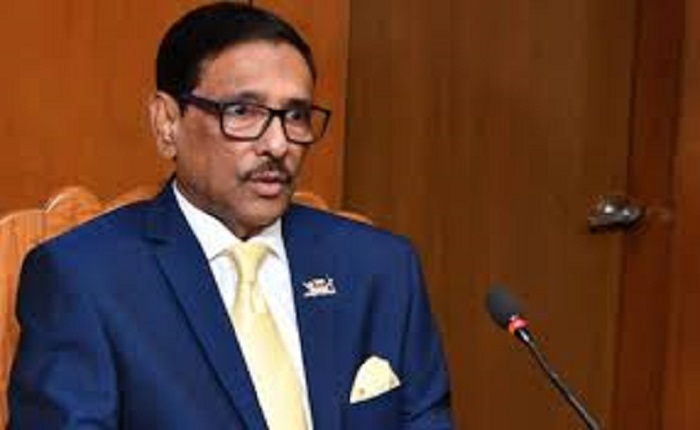 Terming the ongoing movement over citizenship law in India an internal issue, Road, Transport and Bridges Minister Obaidul Quader on Thursday said refraining from inviting Indian Prime Minister Narendra Modi to join the birth centenary programme of Bangabandhu Sheikh Mujibur Rahman would have been an act of ingratitude.

“India helped us most during the Liberation War of Bangladesh and that’s why the Indian Prime Minister has been invited to join the programme. Refraining from inviting the Indian PM would have been an act of ingratitude,” said Quader.

The minister came up with the remark while relying to a question from reporters over a call on social medial for not inviting the Indian PM to attend the celebration programme at the secretariat.

“The Indian government helped Bangladesh's freedom fighters by providing training and arms. The blood of Indians got mixed with that of the people of Bangladesh. So, it would have been an act of ungratefulness had the Indian Prime Minister not been not invited to join it,” he said.

About BNP Chairperson Khaleda Zia’s corruption case, he said the amount of money does not matter. The major concern is she has embezzled orphans’ money, he added.

Asked about government’s preparations about Coronavirus, he said the virus is spreading to different countries and in this situation, this could not be said that Bangladesh would not be affected. “The Bangladesh government is very serious about the issue, and there’s no lack of preparation on the part of the government.”