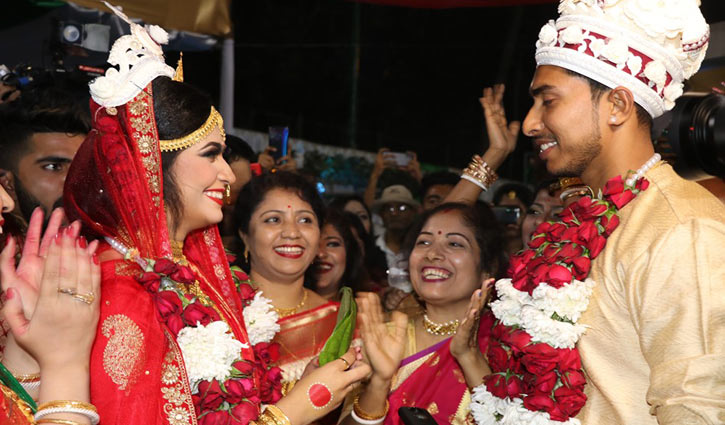 His wife, 19-year-old Puja, is the daughter of Gopal Debnath hailing from Tutpara in Khulna. Puja completed her ‘O’ level examination this year from an English medium school in the capital.

The happy occasion was disrupted by a scuffle over stealing of seven mobile handsets of the bridegroom’s party. Later, police went to the spot and brought the situation under control.

The southpaw from Satkhira got his Test cap in 2015 against Pakistan. He played his first T20I against the same side that year.

Soumya’s One Day International debut was against Zimbabwe in 2014.

The left-hander has represented Bangladesh in 15 Tests, 55 ODIs and 48 T20Is till date.