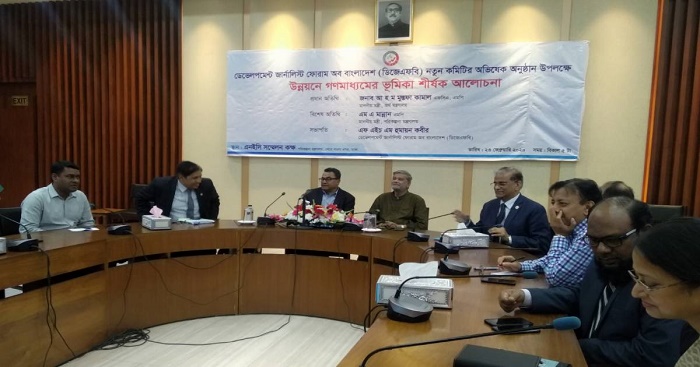 Citing the report of an international survey, Finance Minister AHM Mustafa Kamal on Sunday said the economy of Bangladesh will surpass that of Malaysia and Singapore by 2024.

"The economy of Bangladesh flourished immensely under the leadership of Prime Minister Sheikh Hasina. The country will overtake Malaysia and Singapore by 2024," he said.

The finance minister was addressing a discussion organised by Development Journalist Forum of Bangladesh (DJFB) at the NEC auditorium in the capital.

According to a report published by UK-based Centre for Economics and Business Research in early January, Bangladesh is set to become the world's 26th largest economy within the next decade.

Mustafa Kamal said Bangladesh will achieve all of its goals by the estimated time.

He said the government allocates land for those who are landless to rehabilitate them.

The finance minister said journalists should work together with the government for the country’s development and urged them to write stories on Father of the Nation Bangabandhu Sheikh Mujibur Rahman, Liberation War and Language Movement.

Speaking at the programme as a special guest, Planning Minister MA Mannan described poverty as the country's main problem.

He also urged journalists to file investigative reports more and more. “We want to ensure the free flow of information,” he said, assuring them of necessary cooperation.